Scarlett Johansson has big shoes to fill. She’s been cast as the leading lady in the drama Alfred Hitchcock and the Making of Psycho. So will the actress tackle Psycho‘s deadly and memorable shower scene? 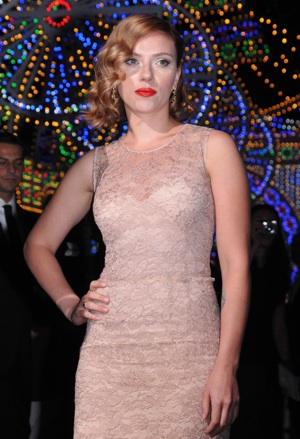 Scarlett Johansson is ready for her close-up. The actress is set to play legendary scream queen Janet Leigh in the upcoming film, Alfred Hitchcock and the Making of Psycho.

Unfortunately for us, Johansson says the shower won’t get much screen time. When asked about how it would be portrayed, the actress said, “We will not be re-shooting the entire shower sequence, no.”

It sounds like we’ll only get part of the iconic death of Leigh’s character, Marion Crane.

“I’ve seen some makeup tests recently, and just watching [Anthony] play Hitchcock is pretty memorable in itself,” she said. “He’s gonna be bananas! I can’t wait for that — I’m very excited.”

We’re excited too! Hopkins is known for submerging himself in characters, with his most notable being Hannibal Lecter from Silence of the Lambs.

Before ScarJo can fully concentrate on Alfred Hitchcock and the Making of Psycho, she has to wrap up promotion for The Avengers. The comic book adaptation is scheduled to hit theaters May 4 and is estimated to rake in over $150 million its opening weekend.

Are you looking forward to The Avengers?