Our favorite “WTF” moment (so far) from the Coachella Music Festival: Tupac live and in person… as a hologram. Tupac lives, y’all. 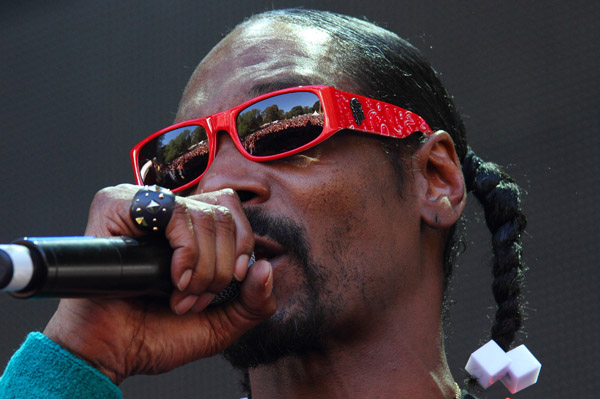 Coachella — the music festival of choice for celebrities worldwide — is no stranger to out-there behavior, but this year’s festival has already topped all others. Why? One reason: Tupac… in hologram form.

“What the f*** is up, Coachella?” Tupac yells to the packed crowd after giving ups to Dr. Dre and Snoop Dogg. He then launched into a performance of “Hail Mary” and “2 of Amerikaz Most Wanted” with Snoop. All well and good, except Pac’s been dead since 1996 — and in the song he raps about getting killed by guns.

“And then you work so hard ’til ya hair turn gray… Let me tell you about life, and ’bout the way it is.
You see we live by the gun, so we die by the guns, kids.”

Kind of weird, no?

Disturbing images aside, the rest of the Snoop Dogg/Dr. Dre closing set was pretty incredible: The group teamed up to perform classics like “The Next Episode,” “Gin and Juice,” “Nuthin’ but a ‘G’ Thang” and “Deep Cover.”

Snoop then went solo to perform “I Wanna Rock” and “Drop It Like It’s Hot” as well as version of House of Pain’s “Jump Around.” Eminem turned the audience out with performances of “I Need A Doctor,” “Forgot About Dre” and “Till I Collapse.” Finally, 50 Cent injected a little East Coast flavor with performances of his songs “What Up Gangsta,” “In Da Club” and “P.I.M.P.”

Still: Hologram. It’s not the first time it’s been used in an entertainment setting — anyone remember when Will.i.am from the Black Eyed Peas was hologrammed into the CNN studios during President Obama’s election? We really hope Snoop and Dre don’t break out a hologram of Nate Dogg when they return to close out the festival next weekend. Too soon.