Ryan O’Neal is suffering from prostate cancer, he says — and it is already stage four. This isn’t the first time the actor has fought the c word. 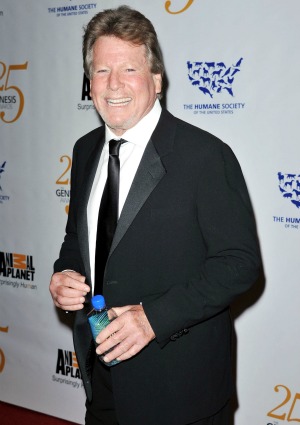 The last 12 months have not treated Ryan O’Neal kindly. His reality show documenting the attempt to repair his relationship with estranged daughter Tatum O’Neal bombed, his sons Redmond O’Neal and Griffin O’Neal are both in jail or rehab on drug charges and Tatum herself reportedly is seeking drug treatment, too.

Add to that: Ryan O’Neal is now battling prostate cancer, and it is already stage four.

“Recently I was diagnosed with stage four prostate cancer,” O’Neal confirmed in a statement to People.

“Although I was shocked and stunned by the news, I feel fortunate that it was detected early and according to my extraordinary team of doctors the prognosis is positive for a full recovery.”

“I am deeply grateful for the support of my friends and family during this time, and I urge everyone to get regular check-ups, as early detection is the best defense against this horrible disease that has afflicted so many,” he advised.

This is not the first time O’Neal has battled cancer. In the late 1990s he was treated for myelogenous leukemia, a form of the disease in which bone marrow produces too many white blood cells.