This week’s top five Redbox/DVD/Blu-ray releases are dominated by two acting powerhouses: George Clooney and Meryl Streep. Who would you rather watch — A broken-hearted husband or a strong female leader? 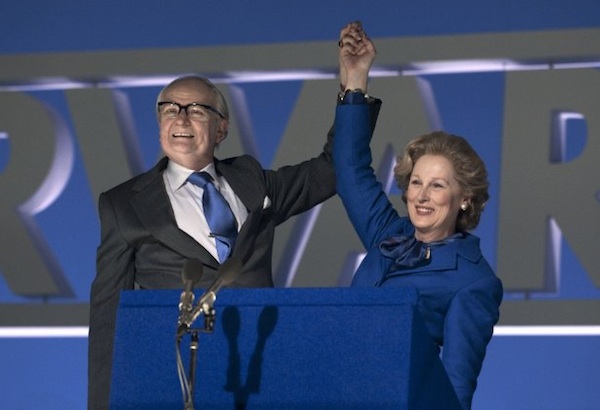 Meryl Streep completely transforms herself into Margaret Thatcher in this biopic on the U.K.’s first female prime minister. The film explores Thatcher’s life as she transforms from a simple grocer’s daughter into one of the most powerful women in the world. Oh, and the film earned Streep yet another Academy Award for Best Actress.

George Clooney earned another Best Actor Academy Award nomination for his role as a father attempting to reconnect with his daughters after his wife is severely injured in a boating accident. The movie shows Clooney as we’ve never seen him before: vulnerable.

Emile Hirsch and Olivia Thirlby star in this film that follows five young people as they fight against an alien attack against the world’s power.

No. 4 — The Heir Apparent: Largo Winch

This 2008 film starring Kristin Scott Thomas follows the secret adoptive son of a murdered billionaire. He must fight to keep the bad guys from taking over his father’s mega-fortune.

C. Thomas Howell and Jeff Stearns star in this 2009 film about a down-on-his-luck man who finds his voice through slam poetry competitions.