Meet Sigourney Weaver’s TV mom. Legendary actress Ellen Burstyn has signed on to play the maternal figure in the new series, Political Animals. Her character is a tough cookie with a colorful Las Vegas past. 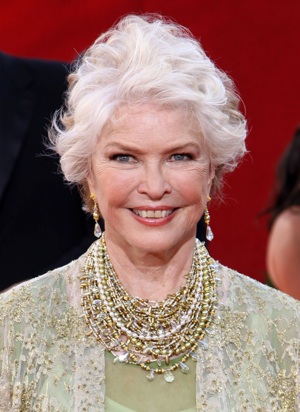 How many talented women can one show hold? That’s a question we pose to the producers of the upcoming TV series Political Animals.

According to The Hollywood Reporter, Burstyn has joined the cast as Margaret Barrish, the mother of Weaver’s character Elaine Barrish.

The series centers on “a divorced former first lady and current secretary of state (Weaver), who is struggling to keep her family together while simultaneously dealing with the crises of the State Department.”

Sigourney Weaver is such a Political Animal >>

Like all good dramas, Political Animals has a serious twist. The secretary “finds an unlikely ally in a famous D.C. journalist, played by Carla Gugino, who has spent her career tearing Elaine down.”

Political Animals is one hot ticket and Burstyn is in great company. The iconic actress will have her hands full playing Margaret, who’s described as “a tough Chicago broad and one-time Vegas showgirl with a biting tongue and sharp wit.”

Burstyn has an acting resume filled with impressive credits from film, television and stage. Not only has she won an Oscar (Alice Doesn’t Live Here Anymore), but she’s nabbed a Tony Award for the play Same Time, Next Year and a Primetime Emmy for her guest spot on Law and Order: SVU.

What do you think of Political Animals‘ growing cast?