Diddy’s house is the place to be if you’re hungry and tired! The mogul’s home was recently invaded by a man who wasn’t afraid to take full advantage of the pricey pad. 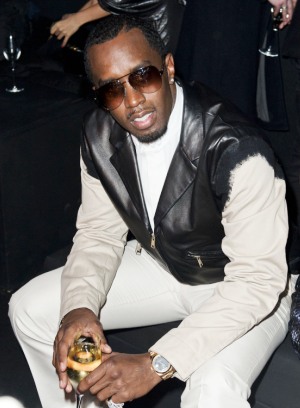 Diddy is now a disturbing part of the strange-but-true news category. The multi-talented rapper is likely off to buy new bedding after learning an intruder broke into his home and helped himself to the many amenities.

Word of the Diddy intruder broke Friday, with reports stating a man named Quamine Taylor broke into 42-year-old Sean Combs‘ home, ate out of his kitchen — and more.

The 30-year-old intruder, seemingly portraying a high-stakes rendition of Goldilocks and the Three Bears, allegedly toured through Diddy’s mansion until he found the bedroom suite which was, of course, just right. Taylor then proceeded to take a nap!

Based off of police reports regarding the Diddy intruder incident TMZ reports, “Taylor told cops he snuck into the place through an unlocked basement door and proceeded to eat food, drink Diddy’s soda and liquor and then got into a bed for nearly 24 hours.”

No official word on if any porridge (hot, cold or otherwise) was consumed during the illegal day of luxury, which occurred April 1. No fooling.

Quamine Taylor was eventually arrested for trespassing. The 30-year-old later told the NY Post he had been “going to the house from time to time since 2001.”

He went on to explain matter of factly, “I stay there a lot, but Sean gets funny sometimes about me staying there.” You think?

Son of Sean “Diddy” Combs gets a full ride to UCLA >>

The intruder’s mother also spoke to the paper, claiming her son suffers from mental illness and recently went off his meds. He was arraigned on trespassing and petit-larceny charges and is currently still in custody.

Should Diddy press charges against his Goldilocks-style intruder?