Real Housewives of New Jersey star Caroline Manzo is fuming over some comments that Democratic pundit Hilary Rosen made about Mitt Romney’s wife. Check out just how upset she is — and why she says moms everywhere should be up in arms over the comments. 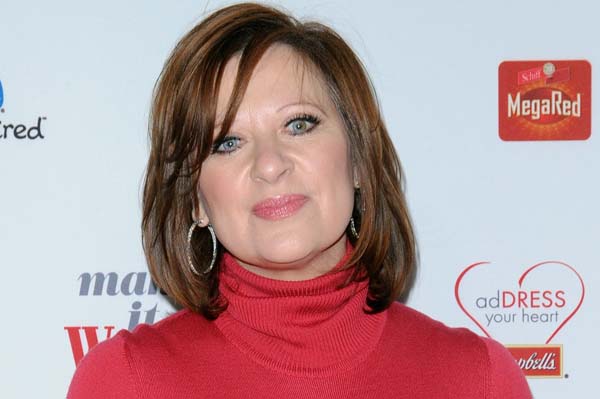 As any fan would know, it actually takes a lot to make Real Housewives of New Jersey star Caroline Manzo upset. That is, unless you make a dig at her children or at her parenting style.

“What you have is Mitt Romney running around the country, saying, ‘Well, you know, my wife tells me that what women really care about are economic issues, and when I listen to my wife, that’s what I’m hearing.’ Guess what? His wife has actually never worked a day in her life,” Rosen said.

Several notable people — including President Obama — have spoken out against the statement. Manzo did the same when she appeared on Fox News.

“I am beyond insulted by that remark. I speak I hope for millions of women across the country that are mothers whether you are a stay at home or a working mom. There is no job more difficult than a parents’ job. To suggest that this woman who raised four or five, six children, I don’t even know how many is not worth her salt because she doesn’t have anything to say or give to this country because she’s a stay at home mom…” she fumed.

“Walk a mile in our shoes. Spend a day in the life of a mother. Whether or not you work at home or whether or not you work out in the field. Work is work and raising children is in your every fiber and your every being of your persona. So whether you work at your desk you’re thinking of your children, whether you are at home and your children are around your legs you’re thinking of your children and you’re trying to navigate through your day and you’re trying to wear a million different hats. You never have a day off; you never have a moment off until the day you die and probably beyond.”

“So to suggest this woman doesn’t have anything to offer this country because she is a stay at home mom, you have just insulted every woman in the United States of America. That’s what you did and I don’t know how you’re going to come back from that. I really don’t, because now I look at you and I wonder what your mother has to say about that. What a slap in the face. There is nothing more important in this world than taking a child and raising it and setting it free to be a whole human being that can be in society and flourish.”

“How dare you,” Manzo directed at Rosen. “Shame on you.”

Whose side are you on? Caroline Manzo and Ann Romney’s, or Hilary Rosen’s?