In two months, HBO’s True Blood will be back with all-new episodes. The network has promised a major return in the form of vampire royalty — Russell Edgington. He’s free from his cement grave and on the prowl. 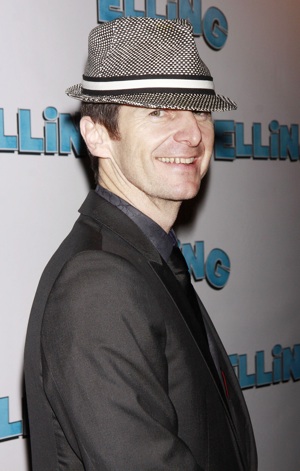 HBO has released a new behind-the-scenes clip from their vampire drama True Blood. It features a conversation between Sookie Stackhouse and her werewolf pal, Alcide Herveaux.

Unfortunately for Sookie, Alcide is the bearer of bad news. He’s come to warn her about an impending doom.

How can that be? The last time we saw the former Vampire King of Mississippi was at the end of season three. He had an unfortunate encounter with Bill and Eric, which left him wrapped him in silver and stuffed in a concrete grave.

If we’ve learned anything from True Blood, it’s take nothing at face value. During the fourth season finale it was revealed that Russell’s final resting place was empty. That means he’s escaped and no one is safe — especially Sookie.

Despite his evil deeds, Edgington has become a fan favorite in the True Blood universe. He’s demented and highly unstable, but also charming and funny. During his hiatus, portrayer Denis O’Hare has kept busy on another supernatural show.

O’Hare appeared on the first season of Ryan Murphy‘s new hit, American Horror Story. Unlike True Blood, it’s an anthology, which features a different cast of characters each season.

The wait is over: True Blood return date confirmed >>

We loved seeing O’Hare on AHS, but nothing compares to his over-the-top antics as the Vampire King of Mississippi.