Screenwriter Joe Eszterhas is not backing down from his claims that Mel Gibson is a violent, anti-Semitic lunatic. Read on to find out his latest revelations. 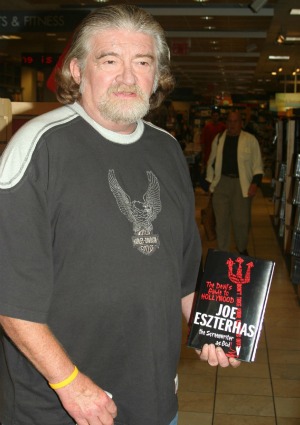 Joe Eszterhas is not accepting Mel Gibson’s so-called apology and rebuttal to his claims that the actor is a violent, anti-Semitic jerk — and now he says he has tapes of Gibson’s crazy ranting to back it up.

In an interview on The Today Show, Eszterhas revealed more details of what exactly went down between the two, and it ain’t pretty.

After they left Costa Rica, Eszterhas said he cut ties with Gibson personally, but he still had a script to deliver — and that’s where the trouble really started.

And about that letter? Eszterhas would like to remind us that he did not go public with this story, rather someone leaked the letter to the media and he is only defending himself.

“I didn’t go public,” he said. “Somehow an Internet organ [sic] called The Wrap found my letter and then Mel denied it. I’m not going to stand for people calling me a liar.”

As for the video tape that Eszterhas claims to have — recorded by his son, by the way — he has not yet decided what to do with it.