Mindy McCready has given birth to a baby boy — but definitely not the twin boys she said she was expecting. What happened? 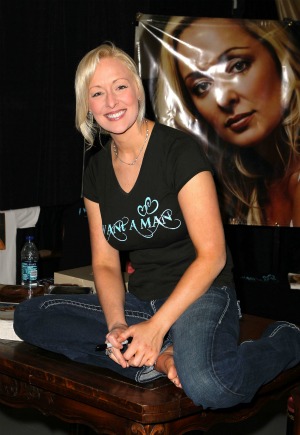 Late last year, in the midst of a shocking custody battle, country singer Mindy McCready announced that she was expecting twins. Well, the troubled star has finally given birth — but turns out there was only one baby in there.

The singer announced her happy news in a statement to the media, saying:

“Zayne is truly a blessing and a joy. It was a long and trying pregnancy. We’re so happy he’s here. There are no words to convey how happy we are.”

Okay, so the kid’s name is Zayne — but where is his brother? When McCready was in hiding with her oldest child Zander, she said she was six months pregnant with twins.

“At the time of the initial announcement surrounding Mindy’s pregnancy, in consideration of her size, Mindy was certain she was carrying twins,” her rep told E! News. “A misinterpreted sonogram seemed to support her feelings and excitement.”

Back in the winter McCready took off with her oldest son in what she said was an attempt at shielding him from the abuse she claimed he was suffering at the hands of her own mother, who had custody of the boy. The two were later found by authorities in Arkansas hiding in a closet.

Not everyone was buying her abuse story, and her parents were adamant they never abused their grandson. “We feel sorrow for Zander because he’s traumatized and for Mindy,” they said. “We just hope she does the right thing from here on out and that this is a wake-up call for her.”

McCready has a long history of drug abuse and one of her several suicide attempts occurred while she was pregnant with Zander.

The singer’s rep said she is “unable to grant interviews at the time.”