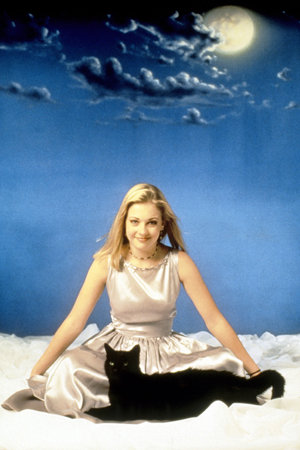 Throw a handful of good looking Marvel superheroes into one movie and call it The Avengers. Remake a hit film trilogy, cast a couple hot young Hollywood actors and add an adjective to the title to get The Amazing Spider-Man. And if you’ve already become too many characters with superpowers to count, just make another movie that’s only somewhat superhero-related — I’m looking at you, Nicolas Cage.

Seriously, does the majority of movies these days need to have some kind of supernatural element to it? Can any concept be turned into one that features a superhero?

Well, Sony Pictures seems to think so. According to Deadline, the magical plot lines originating from 1960s Archie Comics — and left behind in the ’90s — will be resurrected in a big screen version of Sabrina, the Teenage Witch.

The film will be an origin story about a young girl coming to terms with her remarkable powers (think Batman, Spiderman and any other superhero movie ever). Where’s the element of unique difference here? An edgier tone and a talking black cat, of course. The cynical Salem who complemented Melissa Joan Hart in the sitcom will instead be a transformed prince and a love interest for Sabrina. That’s just lovely.

The project is spearheaded by Real Steel producers Don Murphy and Susan Montford. Mark Waters (Mean Girls and Freaky Friday) initially worked on the presentation that Sony Pictures favored, so he may jump into the director’s chair, depending on scheduling. Archie Comics’ Jon Goldwater will be executive producer and screenwriter Jeff Stockwell, who also worked on the presentation, will be co-producer.