Who is Beyonce’s girl crush? No less than first lady Michelle Obama! Read on to find out how she expressed her total admiration for her idol — and why she thinks she’s such a great role model for her own daughter. 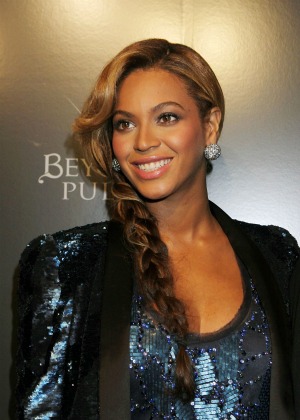 If you’re looking for a role model for your daughter, Beyonce has a suggestion for you. The Irreplaceable singer totally hearts first lady Michelle Obama, and she has a list of reasons why you should, too.

In an open letter on her new Tumblr blog, Beyonce wrote, “Michelle is the ULTIMATE example of a truly strong African American woman.”

“She is a caring mother, she’s a loving wife, while at the same time, she is the FIRST LADY!!!!”

How did Beyonce lose the baby weight? >>

“No matter the pressure, and yes the stress of being under the microscope — she’s humble, loving and sincere,” Beyonce wrote.

“She builds and nurtures her family, while also looking out for so many millions in so many ways.”

“Michelle, thank you so much for every single thing that u do for us — I am proud to have my daughter grow up in a world where she has people like you to look up to.”

Beyonce and her hubby Jay-Z are ardent supporters of Barack Obama. Beyonce performed at Obama’s inauguration ball in 2009. One of the singer’s first public appearances after the birth of Blue Ivy was at an Obama fundraiser at the Greenwich Hotel in New York, and has designed a tee shirt for the Runway To Win initiative to raise additional campaign funds. In addition, Beyonce joined the first lady at the Let’s Move workout event.

So is Michelle Obama a great role model? Let’s see, before she was first lady she was a highly successful business woman in her own right, is raising two smart and savvy daughters and can probably outlast some Marines in a push-up challenge. You decide.