If only there were superpowers for conquering a broken heart. The Avengers actress Scarlett Johansson opens up about her split from Ryan Reynolds. 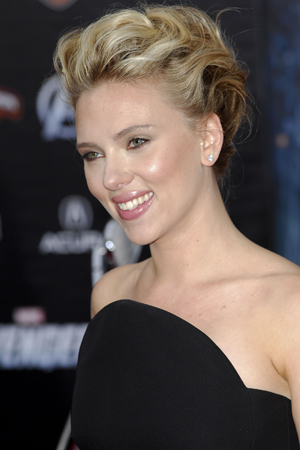 How long does it really take to get over a lost love? Scarlett Johansson may have split from Ryan Reynolds back in December 2010 (their divorce was finalized in the summer 2011), but The Avengers actress confesses that she can’t say she’s completely over it just yet.

“I don’t feel on the other side of it completely, but it gets better,” she says in the May 2012 issue of Vogue. “It’s still there. More than anything, it’s just that not having your buddy around all the time is weird. There’s no rule book. I think it’s just time.”

The two Hollywood stars wed in 2008. “We always kept our story private — how we met, our wedding, everything… It was about us.” Their released statement at the time of their split was equally vague: “We entered our relationship with love and it’s with love and kindness we leave it. While privacy isn’t expected, it’s certainly appreciated.”

But Johansson now speaks openly on the subject. “It was horrible. Of course it’s horrible. It was devastating. It really throws you. You think that your life is going to be one way, and then, for various reasons or whatever, it doesn’t work out.”

“This was something I never thought I would be doing,” she continues. “And there’s no way to navigate it. Nobody can give you the right answer. It’s never anything you want to hear. It’s a very lonely thing. It’s like the loneliest thing you’ll ever do, in some way.”

Despite the pain that’s pending a full healing, the actress has no regrets. “It was a beautiful thing — the falling in love and getting married and making that commitment… I think it’s nice to know that you’re capable of loving somebody in that way. I think it’s a rare opportunity.”

As Reynolds is currently courting Blake Lively, Johansson has been dating a New York–based advertising creative director named Nate Naylor. “It must be very strange for him,” she says of an ad man dating a celebrity. “It’s totally bizarre. It’s an adjustment… but he’s really remarkably good about it.”