Mel Gibson is firing back at Joe Eszterhas for calling him a violent anti-Semite after Warner Bros. rejected their script for The Maccabees. Read on to see the much-maligned actor’s defensive missive. 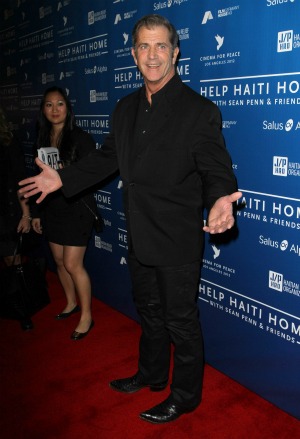 Is Mel Gibson a total jerk? That’s a matter of opinion, but screenwriter Joe Eszterhas certainly thinks so. He sent Gibson a poison pen letter blaming the actor’s alleged anti-Semitic sentiments for the rejection of the script for the pair’s planned flick The Maccabees, and now Gibson is fighting back. However, it sounds like Gibson is more concerned with the quality of the script than defending himself over accusations that he threatened to have his baby mama killed.

“I will say that the great majority of the facts as well as the statements and actions attributed to me in your letter are utter fabrications,” Gibson wrote in his response to Eszterhas. “I would have thought that a man of principle, as you purport to be, would have withdrawn from the project regardless of the money if you truly believed me to be the person you describe in your letter. I guess you only had a problem with me after Warner Brothers rejected your script.”

“Contrary to your assertion that I was only developing Maccabees to burnish my tarnished reputation, I have been working on this project for over 10 years and it was publicly announced 8 years ago. I absolutely want to make this movie; it’s just that neither Warner Brothers nor I want to make this movie based on your script,” Gibson jabbed.

Why Robert Downey, Jr. says we should forgive Mel Gibson >>

“In 25 years of script development I have never seen a more substandard first draft or a more significant waste of time. The decision not to proceed with you was based on the quality of your script, not on any other factor.”

Oh snap! But are you buying it? After all, Joe Eszterhas was responsible for such huge hits as Basic Instinct and Flashdance. Of course, he was also behind the huge, steaming pile of poo that is Showgirls. It’s not like it’s impossible for him to deliver a bad script.

Regardless, it’s not out of the realm of possibility that everything Eszterhas wrote in his letter is true, and Jewish groups are not happy about it.

“If what Joe Eszterhas claims is true, it exposes [Gibson] as a serial bigot and a serial anti-Semite who thought that he could manipulate everybody into believing he changed,” Anti-Defamation League National Director Abraham Foxman told TheWrap.

Rabbi Marvin Hier, founder and dean of the Simon Wiesenthal Center, agreed. “The whole apology was a joke,” Hier told The Wrap. “It was written by a publicity agent. If he wanted to profoundly apologize, he could do it the right way. He could visit a concentration camp. He could take a course on Holocaust studies. He could write an opinion piece. He did none of that, so it comes as no surprise to me.”

Tell us: Is Mel Gibson a jerk or just misunderstood?