When Scherzinger found out about Britney Spears’ pending X Factor contract for $15 million, she said, “Wow,” — then the singer offered her replacement some advice. 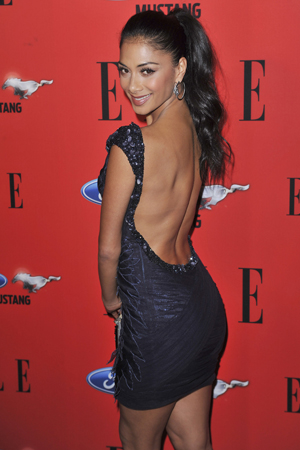 No woman likes to watch another get paid more money to take their former job. It’s like watching someone else being passionately in love with a former flame, right?

Not for Nicole Scherzinger. The former judge and mentor on The X Factor had nothing but love for the fellow pop singer and potential replacement, whose butt in a judge’s seat is apparently worth approximately $15 million.

“I think that it’s something that we can’t deny, but there’s something about Britney that we… are always rooting for her and behind her no matter what,” she told E! News last night at the Elle Women in Music party at the Avalon Hollywood.

She had a bit of advice for Britney on the second season of The X Factor.

“Britney is so bubbly and warm and everyone loves her anyway, so she just has to be herself,” commented Scherzinger.

British pop star Jessie J also has a few words for the judge-to-be, as the hit singer of “Domino” and “Price Tag” is currently a chair-turning judge on The Voice UK.

“I think it’s really important to have people who have lived it,” said Jessie J. “They can understand what these artists who are auditioning go through and really know how it feels to have rejection and have success. And I think that she’s someone who’s shown how to have a career with longevity. I think it’s definitely something that the show [needs].”