Will you be saving a spot on your Kindle in September for J.K. Rowling’s new book, The Casual Vacancy? Sorry, Hogwarts — it’s all about the town of Pagford now. 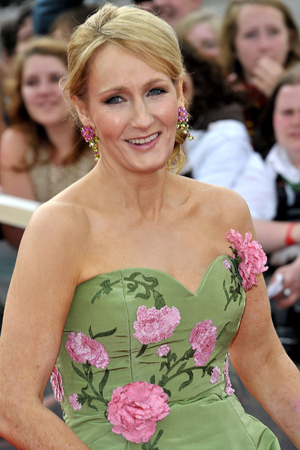 Calling all Harry Potter fans! The beloved author of the seven-part book series has a new book out soon, far from the magical world that Ron Weasley and Hermione Granger are familiar with. Though J.K. Rowling did warn us all that her next manuscript was one meant more for adults, we did cross our fingers for a wand or two somewhere.

Little, Brown Book Group announced all the details for The Casual Vacancy — approximately 480 pages of “blackly comic, thought-provoking and constantly surprising” chapters about the town of Pagford. The book will be released on Thursday, Sept. 27… will anyone be camping out for a midnight purchase? Will there even be a midnight purchase?!

Check out the full synopsis below, from the publisher’s website:

When Barry Fairweather dies unexpectedly in his early forties, the little town of Pagford is left in shock.

And the empty seat left by Barry on the parish council soon becomes the catalyst for the biggest war the town has yet seen. Who will triumph in an election fraught with passion, duplicity and unexpected revelations?

Will you be reading Rowling’s The Casual Vacancy?