Cabaret is adding some razzle dazzle to the TCM Classic Film Festival. The musical will open the annual event with a restored print in celebration of its 40th anniversary. The famous film stars Liza Minnelli, Joel Grey and Michael York. 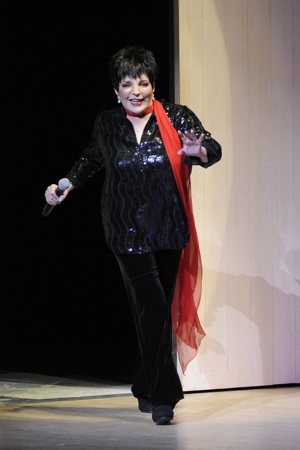 Music, dancing and glamour will kick-off this year’s TCM Classic Film Festival. The event, which celebrates Hollywood’s golden age, begins Thursday with the premiere of Cabaret.

The musical originally debuted in 1972 and is celebrating its 40th anniversary. So it’s only fitting the film’s been chosen as TCM’s big opener.

Cabaret was directed by the legendary Bob Fosse and centers on a club entertainer who juggles love and life, while the Nazis rise to power.

Liza Minnelli, who headlined the film, revealed that during its production, the studio wasn’t thrilled about its premise.

“They sent us off to Germany to make a musical about the Nazis,” Minnelli said. “I don’t think they really believed in it. [Studio executives] would send telegrams and Fosse would read them out loud to the cast and crew and it would say, ‘Too smoky. It will break up in drive-ins.’ Fosse would rip it up and throw it over his shoulder. We were alone. We got away with murder.”

They also got away with a slew of Oscar nominations and wins the following year. It earned eight statues including best actress for Minnelli, best supporting actor for Joel Grey and best director for Fosse.

How to introduce classic movies to your kids >>

According to The Los Angeles Times, the restoration was completed April 4. Minnelli admitted that she’ll be seeing it for the first time with the festival audience.

“There’s something about being surrounded by people and all having that same experience together,” Minnelli said. “People want to feel what the first people who saw a movie felt.”

Cabaret is a must-see for any classic movie fan. Both Minnelli and Grey will be in attendance for the screening.