Kelly Osbourne is still talking about Christina Aguilera being fat. See how she explains her rude comments and why she made them in the first place. 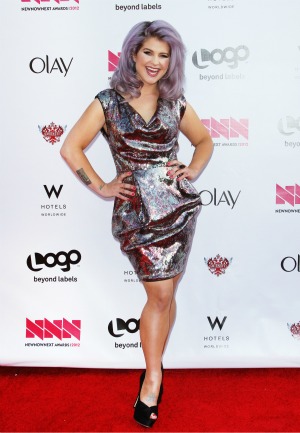 So we all know by now that there’s no love lost between Kelly Osbourne and Christina Aguilera, right? The Fashion Police co-host totally went off on The Voice judge for putting on a few pounds, excusing her rudeness by explaining that Aguilera used to torture her for being pudgy herself.

Is it okay to bully someone back after they’ve bullied you? Osbourne explained her rationale in the May issue of Glamour, and she is not backing down from her verbal smack-down.

“I call myself an FFP: Former fat person,” Osbourne wrote in a piece she penned for the mag. “And when you’re an FFP, you will always see in yourself what people used to bully you for.”

“Sometimes it’s other people’s voices you have to shut out. That’s what happened with me and Christina Aguilera, which people don’t understand,” she explained. “She called me fat for years. One night on Fashion Police I said, ‘F*** you. Now you’re fat too.’ I didn’t say I wasn’t fat. I said, ‘Now you know how it feels.’ And I’m sorry, but I stand by that.”

“I make a point on the show never to say anything about anybody that I wouldn’t say directly to their face. I’m famous, and she’s famous; it doesn’t mean I can’t stand up for myself,” Osbourne said. “I took it for 10 years and finally decided to be like, ‘You know what? I’m done.’ And that’s the last thing I will ever say about it.”

Of course, Osbourne could stand to take her own next piece of advice: Rise above the haters.

“As for that high school mentality, if you’re still hanging around people who are going to put you down, you need to stop and reevaluate your friends and move on. You don’t need those kinds of people in your life. If some dumb b**** says you’re not beautiful, don’t go on her word. What does she matter?”

Read Kelly Osbourne’s complete story in the May issue of Glamour.