A decade ago, women in their 40s equaled bad bob haircuts, Mom jeans and sensible footwear. They were considered less cougars, and more domestic tabby cats — fat, gray and average. Now women like Jennifer Lopez have changed the definition for good. 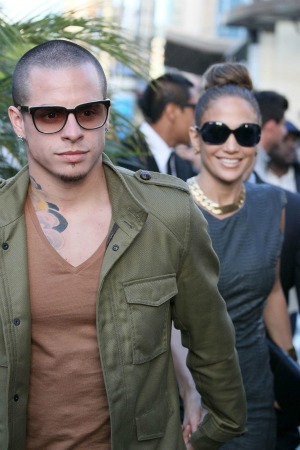 Few would argue (especially few women over the age of 40) that we owe Hollywood a debt of gratitude for solidifying the message that women over 40 are still young, vital and attractive members of society. Kim Cattrall probably turned the tide and paved the way with her Sex and the City portrayal of a sex-crazed, man-eating, martini drinking hottie over the age of 40.

Desperate Housewives did its part, featuring women no longer in their 30s wearing tight jeans, form-fitting tops and high heels. Gone were the days of, “Well, I’ve turned 35. Time to get my hair cut like the guy who loans me money at the bank.” Figure-flattering fashion trends were now coupled with long, flowing, shiny tresses.

What was happening here? Did an image-obsessed society (that had long celebrated youth as if every day was Mardi Gras until you turned 30) decide that women over 40 were still productive, sexy, valued members of society?

How did that happen? Simply put, hot women turned 40.

Jennifer Lopez, Uma Thurman, Jennifer Aniston, Julia Roberts, Halle Berry and Elle Macpherson waved good-bye to 39 and left us with two choices: Discard a whole generation of beautiful and talented women, or keep our eye on them and see how they matured. Courteney Cox went right ahead and celebrated her early 40s with her hit show Cougar Town, which throws a comedic spotlight on this phenomenon.

The cougar craze has been mostly positive. An unprecedented number of women find themselves single again in their 40s, and instead of feeling like they can’t compete against 25-year-olds, they are finding that men sometimes prefer them to their significantly younger counterparts. Not only do women in their 40s look young, healthy and dare we say “hot,” they bring to the table wisdom earned from experience, patience (typically gained from years of marriage and/or child-rearing) and the ability to converse on a wide range of topics.

Cougars seem to have gained the ear and attention of younger men. Whether or not that is a good thing could also be hotly debated.

The cougar craze is not without its ugly side however, and Jennifer Lopez may have pushed her luck with her “Dance Again” video. There is being sexy and vital and then there is a mother in her 40s with 4-year-old twins having simulated bondage sex with her 24-year-old boyfriend in front of millions of people.

Did empowerment just take an ugly turn into excess? Is it just too much? Are demonstrations like this going to accidentally make cougars a mockery, if they haven’t already? Is it possible that in our greed for the spotlight we’ve forgotten that aging gracefully is a crucial component of our allure? Have we not realized that part of the attraction to 40-somethings is rooted in our confidence and that when we writhe around on stage with someone half our age it showcases our insecurity coupled with our desperation to stay young?

So where does that leave us? Only time will tell, combined with the reaction to in-your-face cougar exhibitions like “Dance Again.” Will the public embrace the audacious display, or will it protest? What do you think?