Screenwriter Joe Eszterhas is accusing Mel Gibson of extreme anti-Semitism in the wake of their movie The Maccabees being turned down by Warner Bros. What did he say? 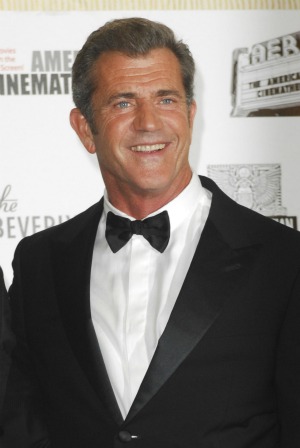 After Mel Gibson‘s drunken rant to cops the night he was arrested on DUI charges, it’s no secret that he’s not exactly a fan of those of the Jewish faith. Now screenwriter Joe Eszterhas is exposing exactly how deep Gibson’s anti-Semitism runs.

Gibson and Eszterhas were working together on a script for The Maccabees, a film about a Jewish rebel army, that was recently put on hold by Warner Bros. Eszterhas clearly blames Gibson for the script problems and basically said Gibson was using the whole project as a means of rehabbing his image, when he really is a jerk. In a letter from Eszterhas to Gibson obtained by The Wrap, the screenwriter laid out explicit examples of his anti-Semitism.

“You continually called Jews ‘Hebes’ and ‘oven-dodgers’ and ‘Jewboys,'” Eszterhas wrote. “It seemed that most times when we discussed someone, you asked ‘He’s a Hebe, isn’t he?’ You said most ‘gatekeepers’ of American companies were ‘Hebes’ who ‘controlled their bosses.'”

“You said the Holocaust was ‘mostly a lot of horseshit.’ You said the Torah made reference to the sacrifice of Christian babies and infants. When I told you that you were confusing the Torah with The Protocols of the Elders of Zion… you insisted ‘it’s in the Torah — it’s in there!’ (It isn’t).”

Eszterhas also said Gibson told him that his whole point in making The Maccabees was “to convert the Jews to Christianity.”

In addition to the anti-Jew stuff, Eszterhas also claimed Gibson wanted to have his baby mama Oksana Grigorieva killed.

“You were raving at Oksana even after you’d reached a custody agreement over [daughter] Lucia,” the letter read. “And then you were even more explicit about your threat: ‘I’m going to kill her! I’m going to have her killed!’ You said you’d become friends with two FBI agents (or former FBI agents) and they were going to help you to kill her.”

Scary stuff. Gibson’s camp has offered no comment so far.