A 911 call made by hotel security summoning help for Whitney Houston reveals confusion and panic in the wake of the discovery of the dead singer. 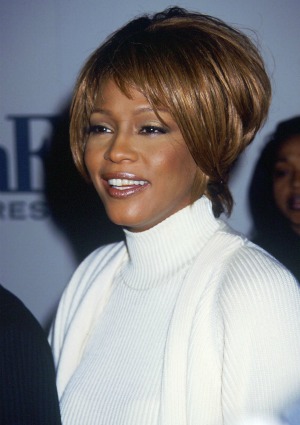 A 911 call from a security guard at the Beverly Hilton reveals the confusion and panic in Whitney Houston‘s room after her body was found.

The tapes, released today, show that hotel security was told very little about what was going on in Houston’s hotel suite, and several key details were wrong or unclear.

“Apparently I’ve got a 46-year-old female found in the bathroom,” the 911 caller, who identified himself as “security from the Beverly Hilton,” told the 911 dispatcher. (Houston was actually 48 years old.) “That’s all I’ve got right now, but they’re requesting paramedics.”

“She fell or was in the bathroom with the water,” he explained, adding that the person in the suite who notified him kept hanging up, hampering attempts to give CPR instructions.

“Apparently she wasn’t breathing… The person who called me was irate and I couldn’t get much out of her,” he said.

Whitney Houston: Face down, bloody and surrounded by coke >>

The tapes also reveal that security initially gave paramedics the wrong room number, but corrected that mistake late in the call.

Houston was discovered floating face down in the bathtub at approximately 3:30 PM and was officially pronounced dead at 3:55 PM when attempts by EMTs to resuscitate her failed.

The coroner’s report later revealed she had cocaine and Xanax in her system, and that a white, powdery substance — which later tested positive for cocaine — was found throughout the room.