Crowned Miss USA in 2010, arrested for drunk driving in 2011, avoided jail time in 2012: Rami Fakih has come a long way since she competed as Miss Michigan. 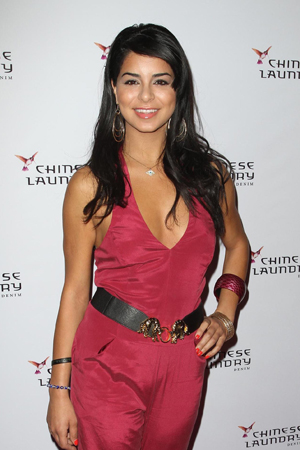 At the end of 2011, former Miss USA winner Rima Fakih was arrested for driving under the influence in her suburban Detroit hometown. Earlier today, she pleaded no contest to a reduced misdemeanor charge and reached a deal with prosecutors that should spare her jail time, according to People.

“You have to pay the price for making mistakes, but you move on and make sure you learn from those mistakes,” said Fakih outside the courthouse after the hearing. She appeared in the Detroit-area court alongside her family, and will receive a sentence next month for a separate charge — driving while visibly impaired.

Last December, the 2010 Miss USA winner was weaving in heavy traffic at 60 mph in a black 2011 Jaguar. Once pulled over, Fakih “appeared disoriented and had very slurred speech,” police say. She allegedly had a blood-alcohol level of more than twice the legal limit, along with an uncorked, half-empty bottle of champagne in the car.

Immediately after the incident, her attorney commented that Fakih was “very saddened and very apologetic for the situation that she is in right now.”

Her lawyer also stated that Fakih appointed herself as a designated driver after deciding her companion was too drunk to get behind the wheel. However, she did so only to realize that she, too, was intoxicated. Hopefully, she’s learned her lesson!