Who says money can’t buy happiness? Not Simon Cowell, who’s pouring out his pockets to make one pop princess — and her fiancé — satisfied. 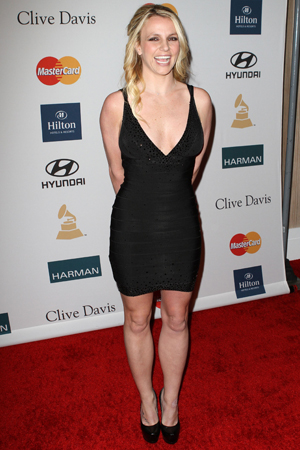 Oops, she did it again! Except this time, it’s no mistake at all — after having exited the competition for a judge’s seat, pop singer Britney Spears is back in negotiations to join the second season of The X Factor.

Multiple sources have confirmed to E! News that Britney’s camp has warmed up to the idea, now that a paycheck for $15 million is on the table.

“Both camps were back and forth on the money but now they have finally come to [an] agreement on the fee,” whispered one inside source. “That was the big sticking point and now, thankfully, it’s been sorted. All they need to do now is work out the smaller points. The fact [that] the money is now set, means that there is nothing stopping this from becoming a reality.”

One of those smaller points may bring along fiancé Jason Trawick as a new producer of the show. A second source said, “Jason is expected to be there every day Britney is on set. He is her rock and will help guide her through the process. He is the person she trusts the most.” Britney, you sure he’s not just after your money?

“This is an exciting time for [Britney]. It’ll be a fun project and she is welcoming the chance to mentor up-and-coming artists,” noted one production insider. “She loves the idea of helping emerging talent get the recognition they deserve and is really looking forward to being on the show.”

The insider added, “She gets on very well with Simon [Cowell]. He has worked hard at persuading her to start this new chapter in her career. She is an icon, and the perfect example of what having the X Factor means.”