Paul Iacono has come out of the closet — at least partway. The Hard Times of RJ Berger star has announced he identifies as gay, but still has some interest in the ladies. 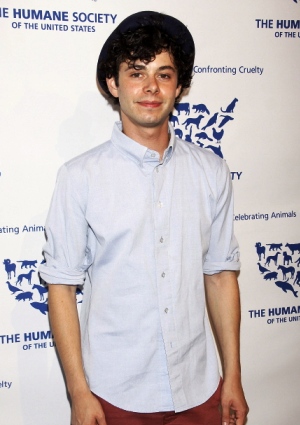 Paul Iacono is adding his name to the growing list of bisexual celebrities. The Hard Times of RJ Berger star recently opened up to The Village Voice about his sexuality, even though he hadn’t exactly planned to.

Discussing his latest project, Kenzie’s Scale, Paul Iacono was asked directly if he is now openly gay. “I didn’t think I’d be coming out,” he replied, making a spur of the moment decision to go public with his private life. “But why not now? I think it’s the right time to say something. It’s not about me; it’s about change and the work.”

“I grew up in a really old-school Italian traditional family in New Jersey,” the 23-year-old went on to say. “I tried coming out a couple of times as a kid, from 13-14 on, and was always squashed on.”

Speaking of trying to come out to his parents, Paul Iacono shared, “I was just coming to terms with the fact that I was bisexual, which culturally I do identify with as a gay man — I am attracted to girls — I’m just attracted to guys much more. My father quickly stomped that.”

“I had to feign heterosexuality for a couple of years. It messed with my head. It took me a longer time to be OK with it. It was not until I was 18 that I came out with my mom and 20 with my dad. I was older and able to address it from a different perspective.”

Of his role in Kenzie’s Scale, another MTV production, Iacono said, “I play Cole, Kenzie’s boyfriend. It’s about a high school sweetheart couple who move to New York for college. He has this gay awakening when they get there. So they continue living together more as friends than lovers. It’s like a radical young Will & Grace.”

“It explores the sexual spectrum from a millennial, ambiguous generation [point of view]. I believe that in 100 years, none of us will be having to identify ourselves as gay, straight, bi, or otherwise. Sexuality will be a more fluid thing. The show is a progressive outlet of that idea.”

Borrowing a page from Dan Savage’s It Gets Better campaign, Paul Iacono concluded, “All these little homos need to stop killing themselves because it does get better!”