Sherri Shepherd’s dream was to be on Dancing with the Stars. Now it’s over — and she’s devastated. How devastated? She won’t really talk about it. 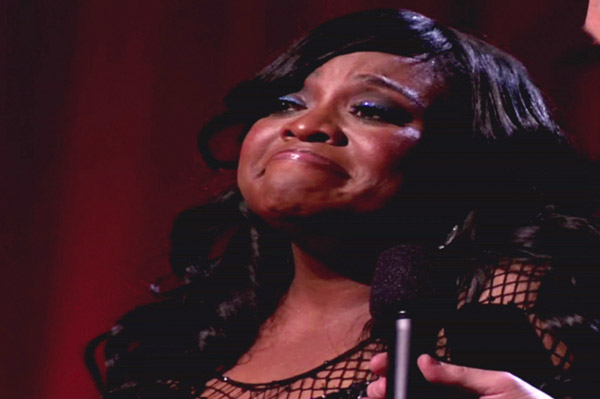 It’s no secret that The View host Sherri Shepherd was pumped to be on the 14th season of Dancing with the Stars. So, it’s only natural that she was devastated over her ouster from the show on Tuesday night.

How devastated? She was reportedly in tears backstage and wouldn’t talk to reporters.

“She was crying pretty hard post-show and everyone was hugging her,” a DWTS source told US Weekly. “It’s highly unusual for [the eliminated celeb] to skip press, especially someone who seemed to have a good attitude like Sherri.”

The newly-married Shepherd didn’t eschew every interview, though: She went and talked with Jimmy Kimmel after the show ended. “It was a very big surprise [to be eliminated],” Shepherd told the talk show host. “Carrie Ann [Inaba] said she’s never seen me so expressionless, and I’m an actress, so that’s like telling Gladys Knight she can’t sing. As an actress, Carrie Ann’s going to get me blacklisted.”

She also tweeted on the plane as she took the redeye back to New York City.

“Sitting on the plane next to my beautiful sleeping partner @iamValC — he made a dream come true by showing me the beauty of dance,” Shepherd wrote. “Thx to every1 for your encouragement & votes. #DWTS is a memory I will cherish forever. I learned how to ‘do it scared.'”

So, why was she eliminated? Fans were apparently not feeling her paso doble with partner Val Chmerkovskiy. However, she could always count on a few votes from her cohorts on The View.

“Barbara [Walters] voted 12 times the first week, Elisabeth [Hasselbeck] tweeted [about it], Joy [Behar] was rooting for me — I know all my ladies were there for me every step of the way,” she told Kimmel.