Courtney Love is accusing Dave Grohl of something that’s pretty, well, disgusting: She says he’s hooking up with her daughter, Frances Bean Cobain, Why is it gross? He’s known her since she was born. 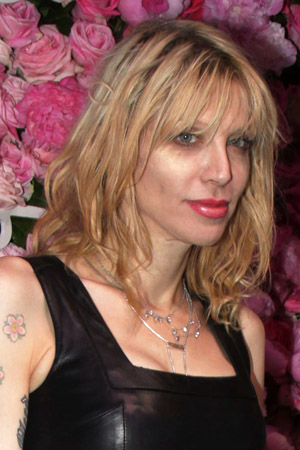 No one has ever accused Courtney Love of being a sane, rational person — and here’s why: She’s constantly going off on diatribes that make little sense. Often times, these rants are focused toward her late husband’s Nirvana bandmates — especially Dave Grohl.

This time, Love went off on Grohl with a series of tweets from her protected account, according to Gawker. In the rant, the Hole singer accused Grohl of sleeping with her estranged 19-year-old daughter, Frances Bean Cobain.

“I hear from frannies’ roommate that @davegrohl hit on frances, and that she was curious, I’m not mad at her, him I am about to shoot, dead,” Love tweeted as @Cbabymichelle.

It’s pretty gross to even think about, especially since Grohl was around when she was born.

“Well if bean did have sex with @davegrohl which I’ve heard reliable sources and a driver 3rd time, its fine on her part, he’s insane,” she added, before accusing the Foo Fighters lead singer of being “sexually obsessed” with Kurt Cobain.

Grohl responded to the rumors in a statement to RollingStone.com.

“Unfortunately Courtney is on another hateful Twitter rant. These new accusations are upsetting, offensive and absolutely untrue,” he said.

Yes, any sane person would find the thought of a sexual relationship between Dave Grohl and Frances Bean Cobain disgusting.

This is hardly the first time she’s blasted Grohl & Co. — she freaked out in Brazil in November when an audience member held up a photo of her late husband.

“I don’t need to see a picture of Kurt, a**hole, and I’m going to have you f***ing removed if you keep throwing that up,” she screamed. “I’m not Kurt — I have to live with his s***, his ghost, his kid every day. Throwing that up is stupid and rude and I’ll beat the f*** out of you if you do it again.”

“Go see the f***ing Foo Fighters and do that s***,” Love added, storming off the stage. She came back when her guitarist started a chant of “the Foo Fighters are gay.”

Why the hatred? She thinks the surviving Nirvana members have scammed her out of cash.