Years ago Kevin Costner was asked to try and save his The Bodyguard costar Whitney Houston by mail. The actor, who ultimately failed, has opened up about a pair of hope-filled letters sent from him to her. 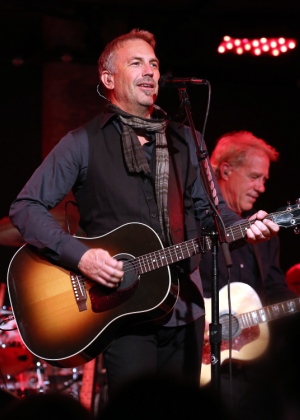 Only after the loss of Whitney Houston has Kevin Costner become aware of just how bad her struggle with drug addiction was. The actor, who starred opposite the singer in 1992’s The Bodyguard, was tapped by her friends more than once to try to reach out and encourage her to seek help.

Costner shared during a recent interview with Anderson Cooper, “There are some people that really love Whitney, and a couple times during the last seven, eight years, [they] asked me, would I write her a letter?”

“It’s so odd… I have this level of celebrity and fame — international or national, whatever you want to refer to it — but it’s a pretty surreal thing to think sometimes that you’re in the middle of another famous person’s life,” he went on to explain.

“You think to yourself, ‘How the hell did I get famous?’ What is this, some weird club that we’re in?'”

Despite the mind bend over how he got to such a place, Kevin Costner did his best to reach out to Whitney Houston. The 57-year-old, pictured here performing with his band Modern West, continued, “So when someone said, ‘Would you write someone a letter who you know is having trouble?’ I did. There were two occasions… I don’t know if those letters were ever read.”

Unfortunately, as we all know now, Kevin Costner’s Whitney Houston letters were to no avail. Although the former costars had rarely been in touch during the two decades since filming The Bodyguard, he both spoke at her funeral this past February, as well as served as pallbearer.

Below is a sneak peek at Kevin Costner’s Anderson appearance, scheduled to air in full this May.