Matt Groening is spilling secrets about his long-running hit show The Simpsons. Read on to find out where the real Springfield is and the real people all those characters are based on. 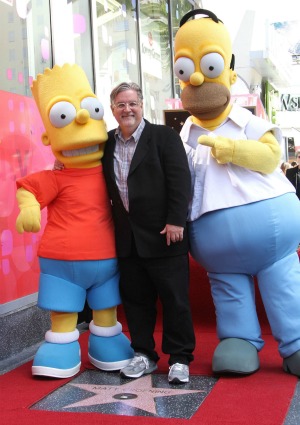 Do you live in one of the dozens of cities in the U.S. named Springfield? Are you convinced yours is the setting for The Simpsons? If you live in Springfield, Oregon, then you’re actually right!

Simpsons creator Matt Groening revealed the setting to his long-running hit cartoon to be close to his very own hometown of Portland, Oregon — and he shared some other secrets of his inspiration for the critically-acclaimed show.

Harry Potter does Twilight on The Simpsons >>

“Springfield was named after Springfield, Oregon,” Groening revealed to Smithsonian Magazine. “The only reason is that when I was a kid, the TV show Father Knows Best took place in the town of Springfield, and I was thrilled because I imagined that it was the town next to Portland, my hometown. When I grew up, I realized it was just a fictitious name. I also figured out that Springfield was one of the most common names for a city in the U.S. In anticipation of the success of the show, I thought, ‘This will be cool; everyone will think it’s their Springfield.’ And they do.”

Groening also disclosed his inspirations for the entire Simpsons clan, plus a few baddies.

“I basically drew my own family,” he said. “My father’s name is Homer. My mother’s name is Margaret. I have a sister Lisa and another sister Maggie, so I drew all of them. I was going to name the main character Matt, but I didn’t think it would go over well in a pitch meeting, so I changed the name to Bart.”

“There is an aspect of the psychodynamics of my family in which it makes sense that one of us grew up and made a cartoon out of the family and had it shown all over the world.”

But as far as his dad goes, at least, the name is as far as the resemblance goes. “Only the love of ice cream [is similar],” Groening said. “My dad didn’t even like doughnuts that much.”

One last fun note: Groening said that he was the victim of childhood bullying, but he got his revenge with success, not his fists. “But maybe they are characters named after themselves on The Simpsons,” he said.