Jennifer Lawrence has made herself a powerful new enemy: Animal rights group PETA. What did she do to raise their ire? 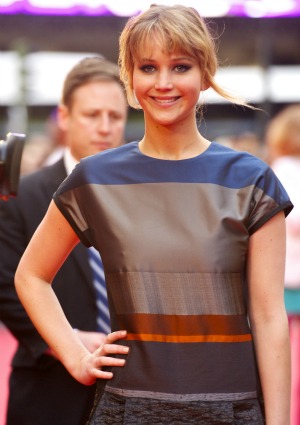 You know how in some movies with animals you see a disclaimer at the end of the credits saying that none of those animals were harmed in the production of the film? That pretty much could not be said of Winter’s Bone, the 2010 breakout film of actress Jennifer Lawrence.

The Hunger Games star told Rolling Stone that a particularly gross scene in which she skins a squirrel was 100 percent real — meaning it was a real squirrel, and she really skinned it. And PS? She doesn’t care that it was a cruel thing to do.

What’s next for the stars of The Hunger Games? >>

“I should say it wasn’t real, for PETA,” she confessed to the magazine. “But screw PETA.” Note: That’s PETA, the animal rights group, not Peeta, her Hunger Games protagonist.

That other PETA is not amused. President Ingrid Newkirk told Gothamist, “She’s young and the plight of animals somehow hasn’t yet touched her heart. As Henry David Thoreau said, ‘The squirrel you kill in jest, dies in earnest.'”

How is Jennifer Lawrence’s self-esteem taking all the fame? >>

“We are told that this squirrel was hit by a car, but when people kill animals, it is the animals who are ‘screwed,’ not PETA, and one day I hope she will try to make up for any pain she might cause any animal who did nothing but try to eke out a humble existence in nature,” Newkirk said.

Lawrence doesn’t hate all animals, though. Canines are spared her hunting knife. When asked by Rolling Stone what her plans are when she wraps her next flick she said she is “thinking about buying a house. And a big dog. And a shotgun.”