According to HBO, “What is dead may never die.” And that goes for the treacherous characters from their hit drama Game of Thrones. The series, currently in its second season, has just been renewed for a third. 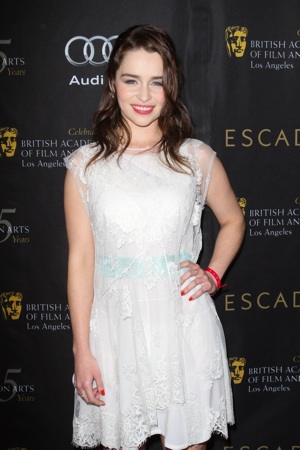 HBO is holding on to Game of Thrones for dear life. The fantasy drama is arguably the network’s most popular show, and they want to keep it in the family.

Get ready for more Starks, Lannisters and Baratheons because HBO has renewed the series for a third season.

HBO president Michael Lombardo has given Game of Thrones the greenlight for another year of carnage, deceit and dragons!

“Series creators David Benioff and D.B. Weiss raised our expectations for the second season — and then surpassed them,” said Lombardo.

“We are thrilled by all the viewer and media support we’ve received for the series, and can’t wait to see what Dan and David have in store for next season.”

Game of Thrones just entered its second season, with its most recent episode pulling 3.8 million viewers. That’s only a tick lower than its premiere, which scored 3.9 million.

During the drama’s short run, it has earned praise from both critics and fans alike. Following season one, star Peter Dinklage won a Primetime Emmy and Golden Globe Award for his role as Tyrion Lannister. And the series itself has received Emmy nominations for best drama, writing and direction.

Game of Thrones airs Sundays at 9 p.m. ET/PT on HBO.

Are you excited for more Game of Thrones?