Internationally bestselling author Liza Palmer is thrilling readers with the release of her latest novel, More Like Her. The busy author takes time to chat with the SheKnows Book Lounge about her writing, who she would switch places with if she had the chance and if she’s staying true to her New Year’s resolution. 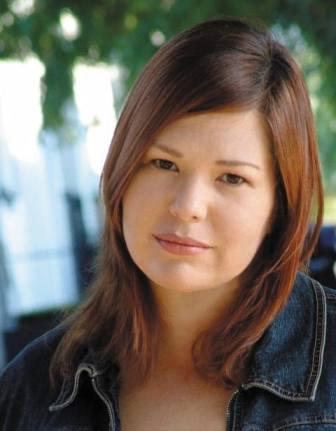 SheKnows: Your latest novel, More Like Her, showcases Emma as an enviable woman to her friends. Where did the idea for this story come from? And is there any woman who you have wanted to trade lives with, even for just a day?

Liza Palmer: I wrote More Like Her because, for some reason, women have to be effortless in their pursuit of perfection. We lie and are lied to. A lot. We’ve all heard celebrities intone the usual rhetoric: They dropped all the pregnancy weight just by “chasing the baby” and that stick figure starlet “loves cheeseburgers!”  Not true. That poor starlet hasn’t had a cheeseburger in decades. According to the other women in the PTA, the Junior League or just your local coffee shop, their marriages are blissful and raising their children is akin to seeing a double rainbow. Why are we so competitive? What mystique do we think will be shattered if we admit raising kids is hard? Or maybe you’re having a rough patch in your marriage — or maybe you fear you married the wrong guy? Why can’t we say these things without other women relishing in the cracks of our lives showing. We’re human. It’s actually what makes us beautiful. Unfortunately with women, being human makes you a target. Someone to be gossiped about. And More Like Her is about what happens in the extreme. When someone who seems effortlessly perfect is actually the opposite — and how her silence is partly our fault.

I think in my 20s, even into my 30s, I would have given anything to switch places with any number of women I perceived to be perfect. But, now? In my 40s? Not a chance.

Maybe Michelle Obama. Who am I kidding?

SheKnows: What gave you the idea to write Emma’s husband as a killer?

Liza Palmer: I knew Jamie Dunham was going to be a killer, but in the beginning he was going to be this big, hulking guy and I thought… no, let’s make his power over Emma be purely psychological. So, he became this failed novelist who took out all of his frustrations on his far more successful wife. I wanted to explore why we, as women, are very comfortable hiding our light under a barrel so as to talk up someone else. We’re professionals at the untaken compliment. So, I wanted to explore that with the Dunhams. Emma is the star, but in her marriage she has to become smaller and smaller to cater to her husband’s failures.

SheKnows: Where do you like to get your writing done? Is your desk full of papers and post-its, or more neat and tidy?

Liza Palmer: I write at the same desk I bought several years ago at The Container Store. It’s adorned with a couple of gifts my mom has purchased on Etsy, as well as other lovely reminders of people in my life who I’m lucky to call friends and family. I guess I love good smells because I have the Balsam diffuser sticks from Agraria and the cactus-flower scented candle from Stark Waxing Studio, as well. And I apparently have a thing for paperweights… I didn’t know this, but looking around there’s no less than three on my desk right now. No idea. There’s no paper on my desk mind you — just paperweights.

SheKnows: What kind of research went into writing the book?

Liza Palmer: I actually worked at a school for several years, so I had the basic schedule and lay out. I based a lot of Markham on that experience. I didn’t know anything about Sam’s sustainable architecture so I had to dive into that for a few weeks. I really wanted to get Emma’s paintings right, so that was a whole fun research project — including field trips to various LA museums and getting outside a bit, which is always good.

SheKnows: Who was the first person to read this book?

Liza Palmer: My mom reads everything first. She edits my terrible grammar and pretties it up before it goes to my agent and editor. She’s amazing — we’ll have breakfast dates where we’ll edit and talk about where the book needs to go next and then the conversation will inevitably devolve into her grilling me about the mom characters, their motivations, shouldn’t they be in it more, don’t I think there should be (at the very least… are we animals?) a house renovation or a make-over montage at some point?

SheKnows: We asked you earlier in the year about your New Year’s resolution. Have you been asking yourself, “What do I want?”

Liza Palmer: Absolutely, but it’s a tough road. It’s completely anti-instinctual and the demons get in there, you know? I’m being selfish, people aren’t going to like me… all the usual stuff people, especially women, worry about. But change is hard. But the road less traveled isn’t going to walk itself.

SheKnows: Pulling a line from your NYR, what is a unique characteristic about yourself that makes you stand out?

Liza Palmer: I think it’s what we all have going for us, right? The Me-ness of each one of us: That if we’re doing this right, we’re all irreplaceable and beautifully unique… Little snowflakes and all that. There’s no ideal to live up to, there’s no such thing as perfection and there’s no one way to be.

SheKnows: Are you currently working on a new project?

Liza Palmer: I’m editing my fifth book, Nowhere but Home, as we speak. It’s about a failed chef going home to her Texas hometown where she finds herself making the last meals for the condemned. The recipes alone, in this book, are enough to make any mouth water.