Alec Baldwin’s Canadian stalker is ordered to stay away from him, and for good reason — she sent him some incoherent and scary emails that insinuated that she thought they were married. 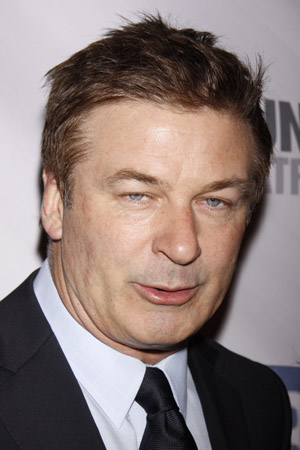 It turns out that Alec Baldwin did know his accused stalker, Canadian actress Genevieve Sabourin. The woman — a one-time publicist on a film he appeared in back in 2002 — showed up at his Manhattan apartment earlier this week to try and get to the actor.

He didn’t admit knowing her at first, but now says they went to dinner twice in 2011 in a “professional capacity.”

However, Sabourin seems to think they are in love — and even claims they slept together during his relationship with now-fiancée Hilaria Thomas.

“[Sabourin] said [she and Alec] had sex and she wanted to have his baby,” one law enforcement source to the New York Post.

“She’s claiming that she and Alec were lovers.”

Sabourin at least knew him enough to get his personal email — she sent him multiple messages written in all caps and broken English before descending on his NYC apartment.

“I NEED TO START MY NEW LIFE, WITH MY NEW NAME, WITH MY NEW CARRIER IN MY NEW COUNTRY HELP MY NEWLY HUSBAND, YOU!” the French-Canadian wrote. “I NEED YOU NOW, PLEASE ALEC COME AND PICK ME UP NOW. I AM LESS THAN 10 MIN AWAY FROM YOU TONIGHT. SAY I DO TO ME,” and “I’M EXISTED ABOUT THAT PORTION OF THE PROCESS, CREATING GENEVIEVE BALDWIN AND GET ALL OF WHAT I WANT IS THE BEST PART.”

Maybe they did have a thing and she won’t let it go? Now, Baldwin has a protection order against her — and he’s breaking his silence about everything on Twitter.

“Isn’t it odd when an accused stalker is in handcuffs, being taken away by the cops, yet smiles for the cameras?” he tweeted on Tuesday morning. “I am lucky and grateful in my life now, no matter what the motivations of certain others.”

His fiancée tweeted back to him with her own positive message.

“Its a 2way st, amor,” Thomas replied. “This woman has taken up enough of our time & energy. Now we have to trust the judicial system that they will protect us.”