Beloved author Barbara Taylor Bradford has written a whopping 25 novels… and she’s back with novel 26, Letter from a Stranger. Bradford explores such issues as family ties, love, deception and loss — against the exotic setting of Istanbul, Turkey. We read late into the night, eager to discover the truth behind the secrets surrounding Justine’s family, which is why we chose this book as a must-read.

Justine Nolan is a documentary filmmaker who doesn’t have much love in her life. Her grandmother, the only person who really understood Justine and loved her unconditionally, died in a plane crash 10 years ago. Justine’s 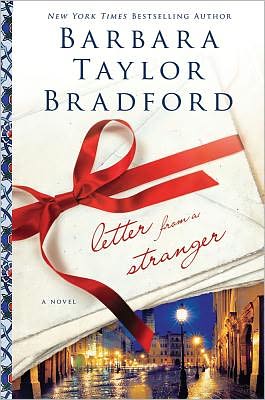 self-involved mother, Deborah, has never really had time for her — and Justine has become resigned to the life she lives. But when Justine picks up Deborah’s mail as a favor, she notices a letter from Istanbul. Curious, she opens it and is shocked to discover it’s from her grandmother, who is still alive.

Justine reels from this new information and in the blink of an eye, everything changes. She notifies her brother, Richard, and the two decide to travel to Istanbul to discover the truth behind the secrets their mother has been keeping for so long. Justine tells her mother she is filming a documentary in the ancient city, unable to trust Deborah any longer. She journeys to Istanbul in hopes of finding the grandmother she thought she lost so long ago.

In Istanbul, Justine doesn’t have much luck finding her grandmother, as she searches in vain through the massive, rambling city. Over the course of her search, she forces herself to question everything her mother has told her. Why has she been deliberately estranged from the only person who ever really loved her? Why has her mother been so cold to her all these years? This family epic will take readers from the U.S. to Turkey and from the present-day to World War II Berlin — as Justine searches for the answers she so desperately needs.