The Lion King is the cat’s meow. The musical has become the highest grossing Broadway show of all-time. It’s surpassed several well-known, longer-running productions including The Phantom of the Opera.

Related story Here's What Everyone Is Watching on Disney+ Right Now 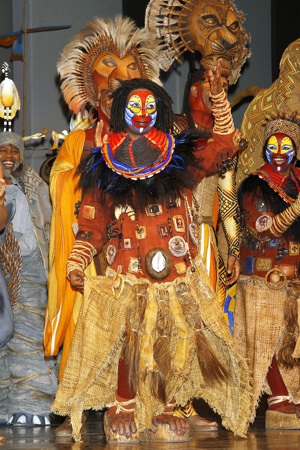 The Lion King has made history. The long-running musical is Broadway’s newest champ. After hitting the stage in 1997, the production has grossed a total of $853.8 million in tickets breaking the all-time box office record.

According to The Los Angeles Times, The Lion King has taken the top spot from the world-famous Phantom of the Opera. Phantom made its Broadway debut in 1988 and has earned a total of $853.1 million.

The Lion King musical to make its first U.K. tour >>

To be fair, The Lion King has one thing that gives it the competitive edge — higher ticket prices. The average price for a ticket is $155, while The Phantom of the Opera calls for $99. As you can see, there’s a drastic difference between the two.

Britney Spears takes in The Lion King in Las Vegas >>

When The Lion King debuted on Broadway, it was under the direction of Julie Taymor, who most recently tackled the stage adaptation Spider-Man: Turn Off the Dark. For her work on The Lion King, she became the first woman to win a Tony Award for best directing of a musical.

Producer and president of Disney Theatrical, Thomas Schumacher, praised Taymor for her contribution to The Lion King‘s legacy.

He said, “Her vision, continued commitment to the show and uncommon artistry account for this extraordinary success.”

Congratulations to everyone involved!

Have you seen The Lion King live? How was your experience?

32 mins ago
by Caroline Greelish