The fiancé of Britney Spears wants a piece of her conservatorship. Will her father relinquish complete control? 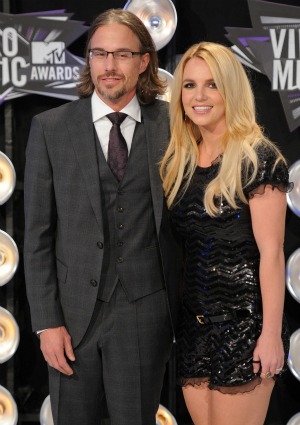 Britney Spears‘ husband-to-be wants a piece of her huge fortune — and the pop star seems to be going along with it.

Spears is petitioning the court to allow Jason Trawick to join her father Jamie Spears as co-conservator of her business and personal ventures, including her vast fortune.

Dear old dad stepped in to manage his famous daughter’s affairs after she completely lost the plot back in 2008 and has helped her create a new dynasty after it seemed her career could never be resurrected. He and an attorney have controlled almost all aspects of Britney’s life ever since — but all that is about to change.

Britney and Trawick, a Hollywood agent, announced their engagement in December after dating since 2009. While they have yet to announce a wedding date, they have taken one big step together: Deciding to put Britney’s Hollywood Hills home on the market so they can make a fresh start together. A judge is considering the sale under the terms of the conservatorship.

If the move to add Trawick is approved, it means that Britney’s husband and father would be in control of every major and not-so-major decision in her life, including medical care.

Could this move be the final step towards the couple’s actual marriage? Reps are remaining mum, but it would only make sense that Britney — or more likely, her father — would relinquish control only to a legal spouse, albeit one who looks like Billy Bob Thornton after a shower.