Sales of Bethenny Frankel’s line of Skinnygirl cocktails is up nearly 400 percent within the past year, according to one market research firm. Guess reality television can actually be a career booster — cha-ching! 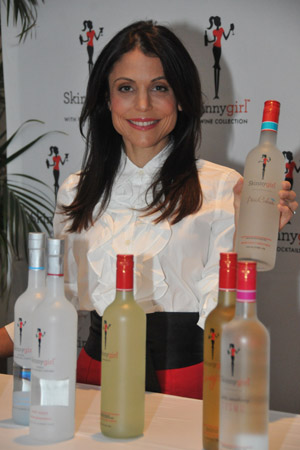 Bethenny Frankel’s net worth was under much scrutiny in 2011 when she sold her Skinnygirl brand to Beam Global for a reported $120 million. However, the price the global alcohol empire paid for Frankel’s signature cocktails was worth it: Sales of her margaritas, sangrias and cosmos have jumped 388 percent within the last year, according to Technomic.

That’s a lot of booze.

The sales boom follows an increase of alcohol purchases across the board, according to the research group. Volume sales from the top 250 booze brands grew 3.1 percent in 2011.

This isn’t surprising to Frankel since she’s spent her entire adult life crafting her brand that now includes juice cleanses, cosmetics and shapewear, along with her Bravo reality show, Bethenny Ever After.

“I created a sub-category that never existed. I wasn’t an expert — I was just another person bothered by a 700-calorie margarita,” she said in 2011 of her inspiration for Skinnygirl Margaritas.

“Everything I create is a solution to a problem that women have. I don’t like to wear lingerie, but my husband loves it. So I created lazy lingerie. You wear it under a blazer or sweater during the day, but when you pull it off, you have on lingerie. It solves a problem.”

Next up for Frankel: A movie based on her book, Skinnydipping.

“I’ve been approached for the book to be a film and a television series,” she told the Associated Press in a recent interview. “My gut says it really is a film; maybe later it could be a TV series. It has the arc, the story, the characters to be a film.”