Like any good dad, Amanda Bynes’ father told reporters that she wasn’t actually drunk when she was popped for a DUI last Friday. Find out what he says really happened. 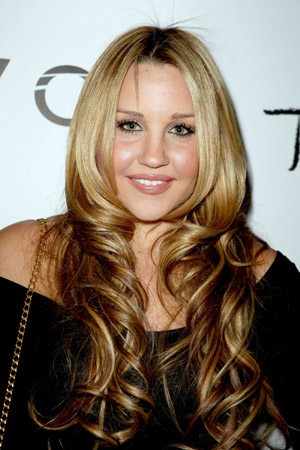 Amanda Bynes was picked up by the LAPD and charged with DUI after she spent Thursday night clubbing at Greystone Manor Supperclub, but her father insists she wasn’t drinking the night of her arrest.

“She was not drunk,” Rick Bynes told People on Monday. “I was told that she blew a zero on the Breathalyzer. She didn’t have a single drink that night. My daughter doesn’t drink.”

So, why did she sideswipe a cop car? “She was upset and very emotional,” he continued. We can understand that fathers try to protect their daughters, but why was she kept in a jail cell for several hours post-arrest? The West Hollywood Police Station website states they will keep a person locked up if necessary.

“If the offense is alcohol or drug related, the suspect will stay at the sheriff’s station until he or she can safely care for himself or herself,” it reads.

What else? Bynes and her gaggle of gal pals were reportedly rejected from entering a bar at The Standard Hotel on Friday night — just hours after she got her DUI. Hotel staff allegedly knew about her arrest on Thursday and didn’t want a repeat performance at their business, according to TMZ.

Let’s not forget, The Amanda Show actress once claimed that she never parties.

“I don’t like to drink. I have definitely stayed out of the party scene. I’ve been offered to go to those parties, but I feel like I would be the one who would die if I did something,” she said in 2008.

Daddy Dearest is still sticking to that statement, adding that people are out to pin something on his daughter that’s not true.

“She is a good girl. She just chooses not to work, and because of that, people go after her.”

Is Amanda Bynes a partier, or just misunderstood?