Ben Kingsley just landed a plum role in the highly anticipated sequel, Iron Man 3. The actor will have his hands full as villain to the genius/billionaire playboy Tony Stark in the summer blockbuster. 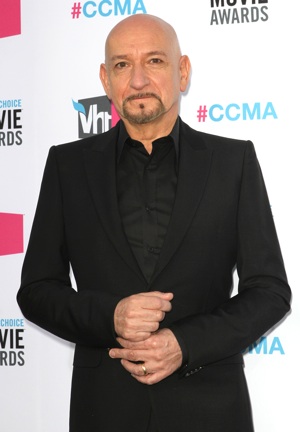 According to Variety, the actor is in final negotiations to play the new baddie in the superhero sequel.

Ever since the first Iron Man in 2008, fans have wondered if he’d ever encounter the malicious villain Mandarin. Could Kingsley fill his treacherous shoes?

Nope! Studio insiders deny the inclusion of the character this time around. So who will Kingsley be?

The jury’s still out on his character’s identity, but we do know he’ll be “involved in the spread of a virus through nanobots.”

Iron Man 3 will take a page out of Warren Ellis’ Extremis comic book arc that dealt heavily with nanotechnology.

Kingsley is following in the footsteps of Jeff Bridges, Mickey Rourke and Sam Rockwell, all of whom played Iron Man antagonists at one point or another. That’s not bad company to be in.

Director Jon Favreau, who did both Iron Man and Iron Man 2, previously hinted that The Mandarin might appear in the third film. But that was when he was on board to helm the sequel, which is no longer the case. Favreau is out and Shane Black is in and he may have another villain in mind.

Iron Man 3 is scheduled to hit theaters May 3, 2013. But you won’t have to wait that long to get your Downey fix. The actor and his alter ego appear in next month’s The Avengers (May 4) alongside Chris Evans, Scarlett Johansson, Samuel L. Jackson and more.

What do you think of Ben Kingsley’s addition to Iron Man 3?