The “Mistress of All Evil” is heading to a theater near you. Disney’s finally nailed down a release date for their upcoming film, Maleficent. It will star Angelina Jolie as the villainess from the popular tale, Sleeping Beauty. 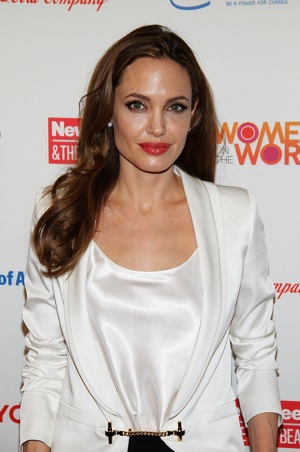 Disney has found its new queen of mean, and it’s Angelina Jolie. The Oscar-winner will play the title role in their live-action feature, Maleficent.

If you’re familiar with fairy tale lore, you know Maleficent is famous for being the thorn in Sleeping Beauty’s side.

The film will explore the origins of the evil fairy and what led her to curse Princess Aurora in Disney’s animated classic. The studio has been developing the movie for years and it’s finally hit the fast track.

Disney has given Maleficent an official release date of March 14, 2014. So what do we have to look forward to?

In an interview with Entertainment Weekly, Jolie spoke about the film’s take on the villainous character. Is there more to the evil mistress than meets the eye?

“In general, it’s a very good message to say, ‘Let’s look at something from the other side,’ Jolie explained. “But then also, what our challenge will be — and the script writer [The Lion King and Alice in Wonderland’s Linda Woolverton] has already cracked it — is not to simplify it, not to just reverse the story but tell a bigger story that doesn’t point the finger [at Princess Aurora] either. It doesn’t flip it.”

The actress also confirmed that Maleficent’s famous headgear will appear in the film. The character’s known for wearing pointy horns that are true showstoppers.

“We’re still figuring out the look,” Jolie said. “We’re experimenting with different things. But the horns are the horns — you can’t deny them. You have to have horns.”