Ashley Judd is extremely offended that we’re talking about her face — not just for herself, but on behalf of all women. Read on to find out what she has to say. 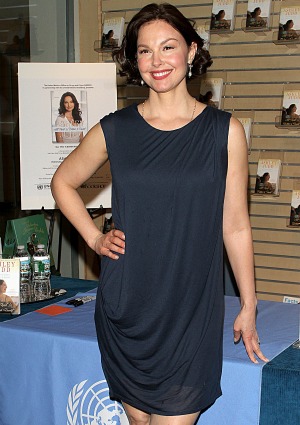 Can we please stop talking about Ashley Judd‘s face? Not just for her sake, she says, but for the sake of all women. The Missing actress penned a long diatribe against the media and society in general railing against sexism and patriarchy because of the rampant speculation that arose when she appeared with a markedly puffy face in the weeks before the debut of her new show.

“I choose to address it because the conversation was pointedly nasty, gendered and misogynistic, and embodies what all girls and women in our culture, to a greater or lesser degree, endure every day, in ways both outrageous and subtle,” Judd wrote in a column for The Daily Beast.

“When I have gained weight, going from my usual size two/four to a six/eight after a lazy six months of not exercising, and that weight gain shows in my face and arms, I am a ‘cow’ and a ‘pig’ and I ‘better watch out’ because my husband ‘is looking for his second wife.’ (Did you catch how this one engenders competition and fear between women? How it also suggests that my husband values me based only on my physical appearance? Classic sexism. We won’t even address how extraordinary it is that a size eight would be heckled as ‘fat.’)”

“News outlets with whom I do serious work, such as publishing op-eds about preventing HIV, empowering poor youth worldwide, and conflict mineral mining in Democratic Republic of Congo, all ran this ‘story’ without checking with my office first for verification, or offering me the dignity of the opportunity to comment,” Judd complained. “It’s an indictment of them that they would even consider the content printable, and that they, too, without using time-honored journalistic standards, would perpetuate with un-edifying delight such blatantly gendered, ageist and mean-spirited content.”

As SheKnows reported in March, Judd’s rep said the puffiness in her face that caused this whole fiasco was caused by medication for an ongoing sinus infection.