We’ve lost a television pioneer. Mike Wallace, a journalism legend has died at the age of 93. The reporter spent over 50 years working in both TV and radio. He wore multiple hats including announcing, interviewing, hosting and even acting. 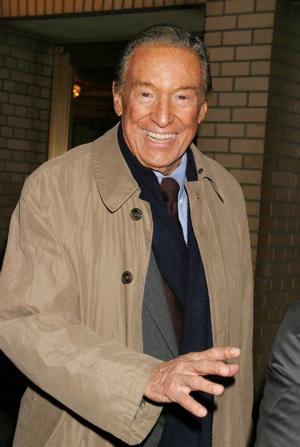 Broadcast journalism has lost one of its most respected peers — Mike Wallace. The reporter, who was best known for his work on CBS’ 60 Minutes, has passed.

According to The Chicago Sun Times, Wallace died Saturday at a care facility in New Canaan, Connecticut. That’s a distance from his native Brookline, Massachusetts, where he was born Myron Leon Wallace on May 9, 1918.

It didn’t take long for Wallace to discover his passion for journalism, which began at the University of Michigan. It was there that he got his first gig at the school’s local radio station.

In 1940, he began his professional career as a newscaster for WOOD Radio in Grand Rapids, Michigan before becoming an announcer for WXYZ Radio in Detroit.

Before Wallace’s career could really get off the ground, World War II hit. From 1943-1946, he served in the U.S. Navy as a communications officer. When he returned, Wallace tackled a plethora of jobs from announcer to interviewer to game show host.

In 1963, Wallace headlined The CBS Morning News for several years before joining 60 Minutes in 1968. He stayed with the program for 38 years, officially retiring in 2006.

During his time on screen, Wallace became famous for his “ambush interviews.” If you saw him and a camera crew headed in your direction, you had two options — run or state your case.

Wallace once said, “The person I’m interviewing has not been subpoenaed. He’s in charge of himself, and he lives with his subject matter every day. All I’m armed with is research.”

CBS will air a special episode of 60 Minutes next Sunday, April 15 in honor of their former colleague.