Bethenny Frankel on the big screen? The Skinnygirl creator has been approached about turning her Skinnydipping novel into a film, and has her eyes set on one actress in particular to play the lead role. 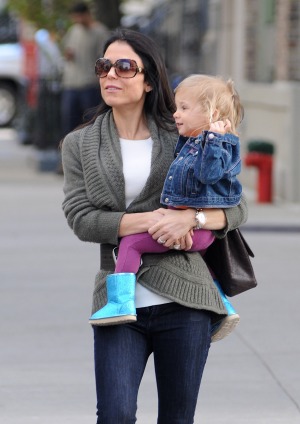 Bethenny Frankel thinks Mila Kunis has what it takes to play her fictionalized self in a film. Word has it the reality star and Skinnygirl mogul just may bring her Skinnydipping novel to life!

“I’ve been approached for the book to be a film and a television series,” Bethenny Frankel told the Associated Press in a recent interview. “My gut says it really is a film; maybe later it could be a TV series. It has the arc, the story, the characters to be a film.”

Bethenny Frankel’s Skinnydipping is set to hit stores May 1. The novel, described as a thinly-veiled fictional look at the 41-year-old’s own journey through Hollywood, is the first of a three-book deal with Touchstone Fireside.

“It’s about a girl’s journey and what she wants, and trying to have it all. It’s about the lessons and the people along the way, about naysayers and rising above,” the reality star previously told USA Today of Skinnydipping. “There will be a lot of juiciness and people wondering what it’s based on and if any of it was influenced by my life. You have creative license. Your imagination can go wild.”

Who would you cast as fictional Bethenny Frankel if Skinnydipping were brought to the big screen?