If Dawson’s Creek heartthrob James Van Der Beek can voluntarily trust the B—- in Apt 23, then we can, too — starting this Wednesday, April 11 on ABC. 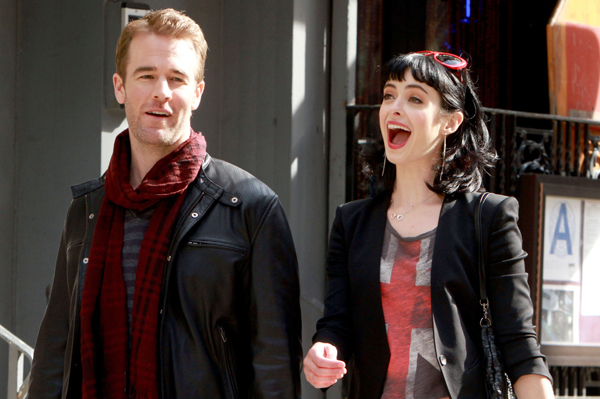 For some reason, we women only ever end up having two types of roommates throughout our lives: Girls who end up becoming our very best friends, and girls who we absolutely cannot stand.

But what if they’re the same person? And what if that simultaneously dear and devilish roommate were best friends with James Van Der Beek? Well, when you add in a nostalgic perk like that, you’re definitely not moving out anytime soon.

Such is the setting for sweet little June (Dreama Walker), the small town girl who moves to NYC to pursue a career on Wall Street and to find a roommate who resembles someone from an episode of Friends. Instead, she ends up overpaying to bunk with Chloe (Krysten Ritter), who purposely drives new roommates insane in order to collect their rent money and watch them volunteer to move out after a few days of unspeakable house rules are broken.

Don’t Trust the B—- in Apt 23 is both heartwarming and hilarious, thanks to a perfect mix of crude jokes, prude naïveté and snippets of the theme song from Dawson’s Creek. This new ABC show features James Van Der Beek as himself, honestly — a has-been actor whose heyday ended 10 years ago and who can’t shake the Creek character away. The ’90s heartthrob makes fun of himself and his career — plus, he’s extremely down to earth in comparison to Chloe, who he once dated but is now her “straight gay best friend.” So really, he’s every woman’s dream.

Don’t Trust the B—- in Apt 23 premieres on ABC this Wednesday, April 11 at 9:30 p.m. EST. If you can’t wait until then, the first two episodes are now available online as well as on the ABC Player for iPhone, iPad and iPod touch.

Watch a couple trailers below, including a preview of Van Der Beek’s “tight” spokesperson deal: