Lisa See picks up the adult lives of sisters Pearl and May from The Shanghai Sisters. In the follow-up, no previous reading is required to delve deep into the impetuous actions of 19-year-old Joy. Pearl and May must face the consequences of family secrets that are decades old.

Dreams of Joy by Lisa See 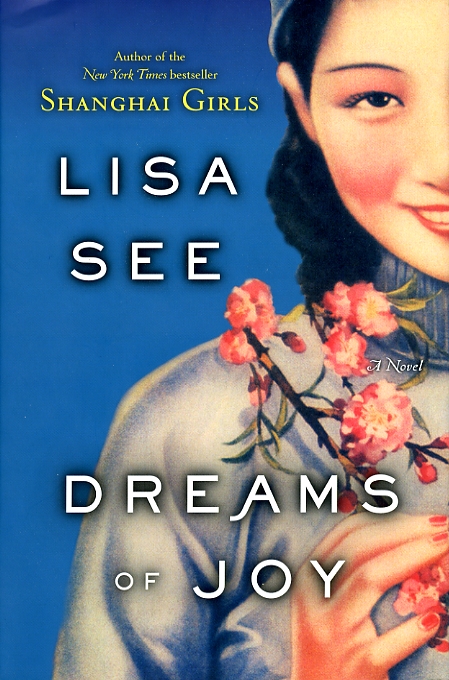 Dreams of Joy focuses on the journey to define 19-year-old Joy. Like many teenagers on the brink of adulthood, Joy makes major decisions based on emotions of the heart. In this case the feeling overriding logic is Joy’s guilt. The guilt stems from bringing attention to her family through joining The New Red China Association at her university — which ultimately leads to the suicide of her father.

Following the suicide, Joy runs off to China in the middle of the night, burdened and trying to process the revelation that the father and mother who raised her are biologically her uncle and aunt, while her Aunt May is her biological mother. Joy feels compelled to find her biological father in Red China, an artist named Z. G. Li who lives in Shanghai.

Author Lisa See shows off her masterful writing skills by convincingly switching the narration from Joy’s perspective to her mother Pearl’s, who still has the desires of a mother (biological or not). Pearl follows Joy to China in hopes of reconcilliation and to protect her from the harsh reality of Mao’s Red China. Dreams of Joy is an exciting piece of historical fiction having the side benefit of educating readers on the reality of Mao’s movement “A Great Leap Forward” which sought to modernize the country but ultimately ended in the deaths of an estimated 18-45 million people.

Joy’s good fortune smiles on her as she manages to track down her biological father and winds up accompanying him to the countryside to teach art to peasants. However, things are not as they seem…

The mother-daughter relationship is normally a challenging one as girls turn into women and have to be allowed to make their own mistakes, sometimes at a fatal cost. Pearl and Joy try to rectify their own mistakes without losing each other.

Lisa See has a strong command of character and imagery. She creates a chronicle of a love between mother and daughter that is everlasting and unbreakable. Dreams of Joy is an unforgettable read that will have you reaching for the phone to call your mother.