Gary Ross has directed blockbusters Seabiscuit, Pleasantville and The Hunger Games. But he’s not interested in adding HG sequel Catching Fire to that list. 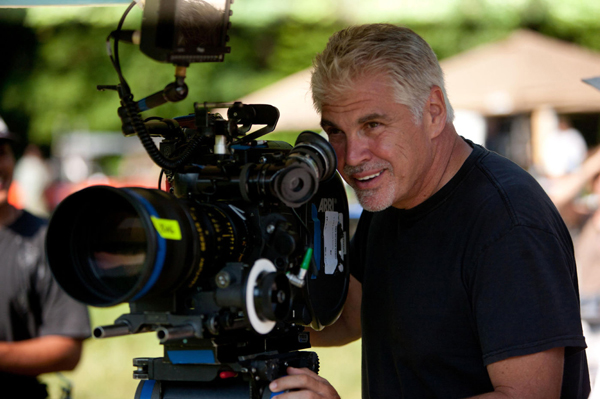 The sequel to The Hunger Games won’t only have a new Head Gamekeeper, but also a new director. Director Gary Ross gladly swallowed his own batch of blueberries by notifying Lionsgate and Summit that he won’t be directing Catching Fire and will be exiting the film franchise for good, according to Indiewire.

Why won’t Ross continue forward with the trilogy? For one thing, there’s the whole money issue. Ross is also developing another film he’s written, which will earn him more than directing the HG sequel would, since the studios presented him with a lowball salary offer to stay on.

Even more so, Indiewire also reports that Ross won’t direct Catching Fire simply because he doesn’t have the same fiery passion for the second story that he did with the first book — his favorite of the trilogy.

Besides, Ross isn’t a filmmaker who ever really repeats himself, and would probably need a really good reason to spend another two years with the same characters. Unfortunately, Suzanne Collins’ second installment simply doesn’t make the cut.

It’ll be quite the summer hunt for the franchise’s studios to find a suitable director, since Catching Fire is set to begin shooting this fall and will welcome in the following holiday season with a Nov. 22, 2013 release. Tick tock, tick tock.

Shanley Caswell: Who is she and how does she know what Josh Hutcherson smells like?
Will Titanic stomp Hunger Games?
Jennifer Lawrence says she’s not too fat for The Hunger Games