Katy Perry wants to be a bonafide actress. The singer’s testing the waters and looking for a breakout role. Unfortunately, because of her busy schedule, she missed out on an acting opportunity that could have changed her career forever. 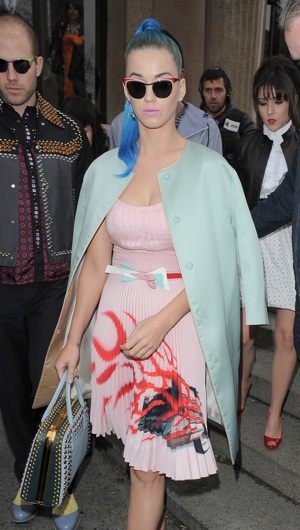 Katy Perry is one of the biggest pop stars in music. She’s sold millions of albums, won awards and is a burgeoning fashion icon. So what’s next for this multitalented diva? Acting.

Over the past year, Perry’s made her presence known in both television and film. She’s appeared on shows like How I Met Your Mother and Raising Hope, and starred in features like The Smurfs.

Slowly but surely she’s making her mark, but recently Perry missed out on a golden opportunity. In an interview with Teen Vogue, she revealed that she was almost cast in the Oscar-nominated film, The Help.

Wanna star in Katy Perry’s new movie? Now you can >>

When asked if she’d be interested in making more movies, Perry replied, “I would love to. There was a time when I was going to be involved in The Help — just a small part, I wasn’t going to be Emma Stone or anything — but I couldn’t because the shooting schedule conflicted with the release of my record.”

Perry knew the film would be big, and felt terrible about passing on the role.

“I knew it was going to be an important film,” she continued. “Not that I need to do drama first, but I do want to do something that makes a strong impression. You don’t really get off the hook being a musician first… I feel like the stakes are really high.”

Could you imagine Perry sharing the screen in The Help?