Only a few episodes remain until the women of Wisteria Lane will be moving out for good. Eva Longoria tells VH1’s Carrie Keagan about the Desperate Housewives finale. 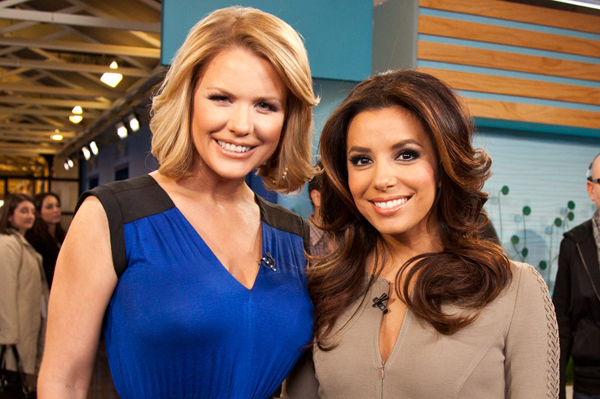 “It’s coming to an end,” said the actress to host Carrie Keagan. “It’s two hours, I know it ends in a court case of some sort. The mystery of Alejandro’s murder will come to an end.”

She added, “It’s obviously going to end with the four of us. I think Marc Cherry has always had that scene in his head — the four of us being together.”

With an elongated season of 23 episodes, Longoria admitted that the finality of the show’s end is beginning to hit her and the rest of the cast and crew. “Now, it’s starting to kick in. Is this our last time on Wisteria Lane? Is this the last time on my set?”

So how does an actress say goodbye to a show? “I will be trying to steal some stuff,” she joked to Keagan of Gabrielle Solis’ awesome wardrobe. “I’m not gonna say what because then they’ll look out for it. We’re not allowed to take anything. It all belongs to ABC. Boo, I know!”

Longoria may be sad to see Desperate Housewives end, but she’s also looking forward to new projects, including working as a producer on a new show with Marc Cherry.

“It’s been one of the best seasons. We wanna end on a high note; we wanna end on top. It’s been so fun! It’s bittersweet because I’m gonna miss my family in the crew and the cast, but I’m kinda excited to move on and figure out what else is next.”