Amanda Bynes woke up in the clink Friday morning, thanks to a late night arrest for a DUI. Find out what prompted the stop — and why her recent behavior is so troubling. 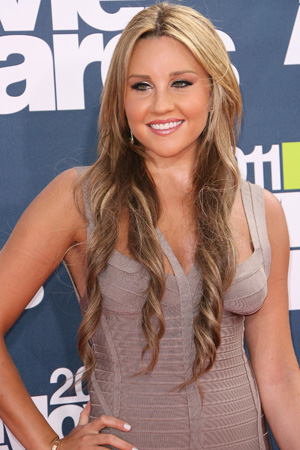 Former Nickelodeon star Amanda Bynes is in a huge heap of trouble after getting popped for a DUI early Friday morning in Los Angeles. The actress was taken into custody around 3 a.m. in West Hollywood after attempting to pass a cop car, sideswiping it in the process.

Unlike most starlets, Bynes is still in the clink waiting on $5,000 bail, according to TMZ.

“There was minor paint transfer damage to both vehicles. Amanda Bynes was subsequently arrested for driving under the influence and booked at West Hollywood Sheriff’s Station.”

This is just the latest in a string of disturbing incidents involving the 26-year-old actress. On March 8, Bynes was stopped by the LAPD for talking on her cell phone — and she sped off while the cop was writing her ticket. She later dropped by the precinct to sign her citation, according to the gossip website.

On St. Patrick’s Day, cameras caught her leaving a club — and she was more than a little inebriated. “[O]ur photog told the valet she was wasted and should not drive,” TMZ honcho Harvey Levin tweeted.

Her love of boozing contradicts what she told US Weekly during a 2007 interview.

“I don’t like to drink. I have definitely stayed out of the party scene. I’ve been offered to go to those parties, but I feel like I would be the one who would die if I did something,” Bynes said, adding that she didn’t understand the motivation of the Lindsay Lohan types in Hollywood. “I don’t know how they think they’re gonna live forever.”

Here’s hoping this is a serious wake-up call for the talented blonde. We expect her to head to rehab at any moment. Hey, Amanda: Cirque Lodge in Utah has an opening since The Situation just left. Just a thought.