The woman Ryan Gosling rescued from certain death is being rather a buzz kill about the whole thing. Read on to find out why. 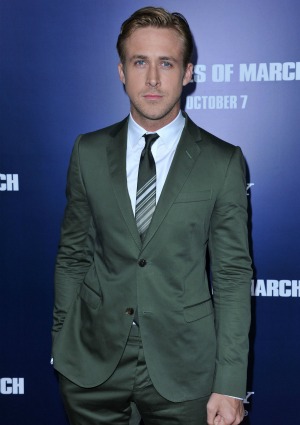 Ryan Gosling is a total life-saving dreamboat, but the woman he saved from certain death by taxi wants us all to get over it.

British journalist Laurie Penny was the recipient of Gosling’s heroics, but she’s so totally over it, you guys. In a smug rant about American culture posted on Gawker, Penny said there are much bigger issues on which we should be focusing.

“Everybody needs to calm down about Ryan Gosling saving me from a speeding car. It was a curious thing that happened to me on the way to somewhere else,” she said. “I had just bought a nice pink wig to wear to a friend’s party. I was thinking about an article I’m writing about birth control and the importance of reproductive freedom to women’s rights, and I didn’t remember to look the right way. An actor happened to be passing and stopped me from getting run over by a car. I said, ‘Thank you.’ And that was that.”

“But as a feminist, a writer and a gentlewoman of fortune, I refuse to be cast in any sort of boring supporting female role, even though I have occasional trouble crossing the road, and even though I did swoon the teeniest tiniest bit when I realized it was him. I think that’s lazy storytelling, and I’m sure Ryan Gosling would agree with me.”

Okay, we know she has a point — but she doesn’t have to be so smugly sanctimonious about it. Ryan, if you’re reading this, you can rescue us anytime.