Like waking up to Matt Lauer’s smiling face? Good news, The Today Show fans, your reliable morning newsman isn’t going anywhere — but should someone else on the team get the ax? 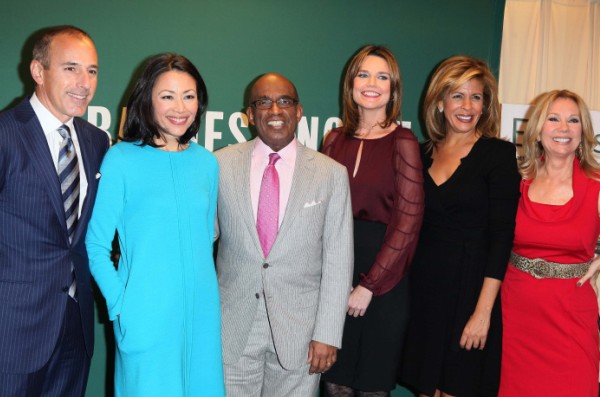 Matt Lauer’s The Today Show contract has been renewed! Word the morning host who has co-anchored the show for 15 years isn’t going anywhere broke Thursday evening, squashing speculation Ryan Seacrest may be waiting in line to snag the coveted spot.

A rep for NBC has confirmed Matt Lauer has signed his name to a new long-term contract with The Today Show. While no further details on the paperwork are yet available, the 54-year-old is expected to announce the news from his secure seat Friday morning.

Ryan Seacrest and NBC team up for Olympic gold >>

While reaction to Matt Lauer’s Today contract news has been largely positive, fans of the show haven’t held back much in pointing out who they’d like to cast off the network’s island permanently.

“I used to really like Ann [Curry], but she’s so sappy when she interviews people who’ve gone through some kind of tragedy,” wrote one discontented viewer. “She comes across as so fake or overly dramatic… she does not have the chemistry with Matt like Katie and Meredith had.”

Another wrote in to agree, sharing, “Ann Curry is just plain annoying. She tries too hard to be likeable. I’m sure she’s a nice person but she’s wrong for that job. I miss Katie & Meredith.”

What ever happened to Where in the world is Matt Lauer? >>

A third viewer chimed in to applaud the news that Lauer is in and Seacrest is, well, out. “Thank goodness is right,” the commenter wrote. “IF Ryan Seacrest was going to take over I would not have ever watched The Today Show again!”

Who would make the cut on your The Today Show dream team?